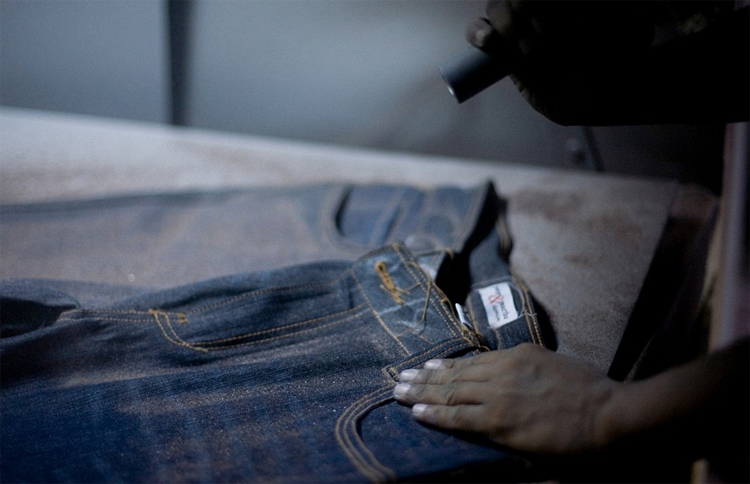 XINTANG - Chinese garment factories are continuing to use the potentially harmful sandblasting method for ‘ageing’ denim jeans, and are reportedly supplying major high street fashion brands and retailers, according to an investigation from Al Jazeera. The 101 East programme ‘Denim Blues’, recently aired on Al Jazeera, showcased factories at Xintang, in China’s Guangdong province, where an estimated 260 million pairs of jeans are produced each year. The investigative team reportedly found jeans with Hollister, American Eagle Outfitters and Abercrombie and Fitch labels.