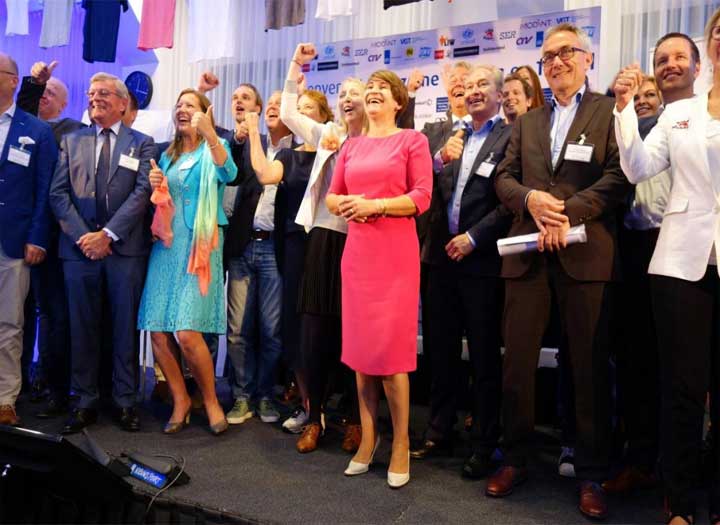 AMSTERDAM - G-Star Raw, O'Neill Europe and C&A Netherlands are among the 57 textile brands and retailers which have now signed the Dutch Agreement on a Sustainable Garment and Textile Sector. The agreement, which as we reported this week now has the endorsement of the Foreign Trade Association, has also been signed by the The Sustainable Trade Initiative, the Fair Wear Foundation and the Sustainable Apparel Coalition (SAC). Dutch Minister Ploumen this week met with Tamar Hoek of Solidaridad Europe and other supporters of the agreement.