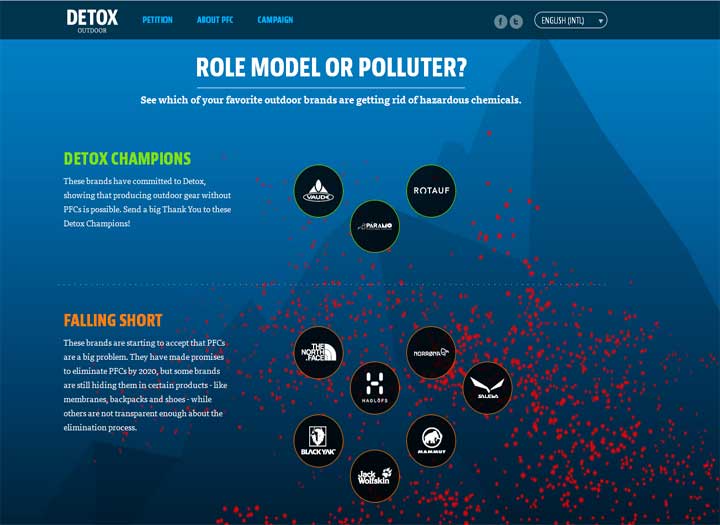 TETTNANG - Outdoor brand Vaude has told Ecotextile News it is the "ethical obligation" of apparel businesses to phase out PFCs and other potentially harmful chemicals rather than waiting for government regulations to compel them to act. The company was talking in the wake of this week's Greenpeace report which presented air emissions tests from the stores of leading outdoor brands which showed concentrations of volatile PFCs up to 1,000 times higher than in the outside air. The report has generated a huge amount of publicity for Greenpeace's Detox cause, although one industry insider suggested to us that "the data submitted [by Greenpeace] was unfortunately not accurate."