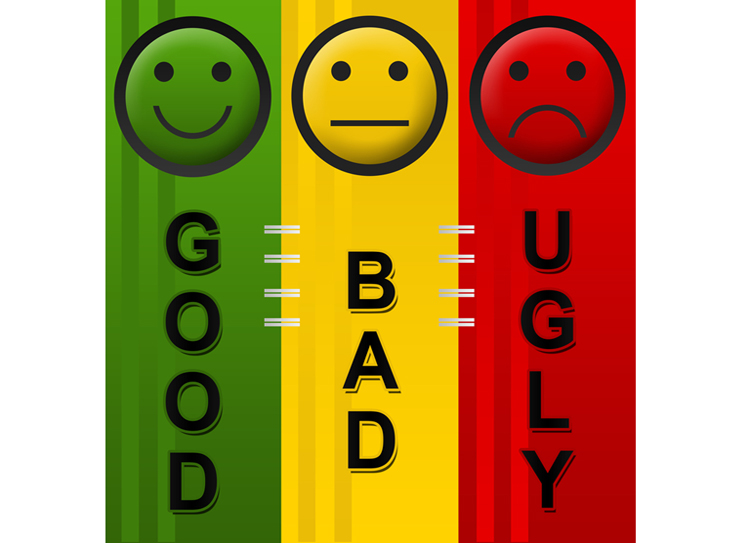 The best yet
Planet Textiles: It was busy. It was vibrant. And it was bristling with practical ideas about how we can build a more sustainable global textile industry. 2016's Planet Textiles was the best yet, by far. More of the same in 2017 please, with the event likely to be in Bangalore, India.

China treads a new path
Our editor John Mowbray attended this year's China National Textile and Apparel Council conference in Shanghai and can confirm what many have been saying for some time: China is serious about tackling textile pollution and is looking to create a more sustainable sector. Our China report drew similar conclusions.

Imagine if ...
Patagonia this year pledged to donate 100 per cent of its global black Friday sales to grass roots environmental organsations. What a brilliant gesture. Now just imagine if a major fast fashion brand decided to do the same. Here's one example of how that might look. In 2015, H&M made US$25.7 billion in sales. Divide that by 365 days and if our maths are correct, that makes US$70.4 million per day ...

Closed loop blueprint
While we think talk of closing the loop in the fashion industry is somewhat premature, we believe Lenzing's partnership with Inditex - which will see the Spanish retail giant providing Lenzing with textile waste from its operations to make textile raw materials – provides a circular economy blueprint which the rest of the apparel industry might look at and learn from.

Greenpeace
We certainly don't agree with everything they say, but we have no doubt Greenpeace has been a force for good in the textile industry. Here the direct action group was just last month questioning the "myth" of textile recycling – one of our most popular stories this year. We only wish apparel brands and retailers were equally up front and direct with their words – which brings us to ....

Clear as mud
Apparel brands everywhere continue to make great play of being 'transparent.' Yet getting a straight forward answer out of some of the world's leading brands seems to be getting harder rather than easier. Only Patagonia genuinely walks the walk on this issue, its 'Cleanest Line' blog being a brilliant example of how it is possible to be open and transparent without giving all your corporate secrets away. Other apparel brands should read and learn.

Audit fatigue
We covered many stories of apparel factory workers being exposed to dreadful working conditions in the past 12 months while making clothing for the world's leading apparel brands. This is 2016 - people should not be fainting while making our clothes. Does the apparel factory auditing system actually work? We think not.

Clothing to die for?
In Bangladesh, thousands of people are still working in factories which have been deemed unsafe several years after the formation of the Alliance for Bangladesh Worker Safety and the Bangladesh Accord. In many cases, the money simply isn't there to make factories safe, with smaller factory owners finding it particularly difficult to access capital. Why can't the cash-rich global apparel industry stump up the cost to make all factories safe - quickly and without fuss?

Something to hide?
Gap became the latest apparel brand to publicly release its supplier list in September, following other brands such as Marks & Spencer, H&M, and VF Corp. The move does beg two rather interesting questions: why are some major apparel brands still dragging their heels on this issue; and what do they have to hide?

Turning a blind eye
Consultants McKinsey recently reported that clothing prices dropped by more than 50 per cent in the UK between 1995 and 2014, encouraging shoppers to buy more items. Falling clothing prices are very much a Western trend, and apparel is one of the few global industries to see absolute prices of retail products declining. Is it merely a coincidence that people in apparel sector supply chains work in some of the worse conditions and receive some of the lowest wages of any industry?

Cottoning on...
Earlier this year we learnt that a cotton project in Ethiopia, the development of which had involved vast land clearances, biodiversity loss and the alleged displacement of local communities, had gone on to receive organic certification. Would you want to wear a t-shirt made out of cotton from such a project? Us neither.

Ocean blues
We've all heard the statistics – or if we haven't we should have. One ton of plastic for every three tons of fish in our oceans by 2025. More plastic – by weight – than fish in our oceans by 2050. The apparel industry – micro fibres – are a major culprit here. Thankfully, industry stakeholders have now woken up to that fact, and change is afoot. Let's hope it's not too late.

Trump
Donald Trump is a noted climate change sceptic whose US election success threatens the strides made by the Obama administration on environmental protection, with serious ramifications for the regulation of textile products in the US. To all our US readers, what was your country thinking?

Woolly argument
Australia, the most powerful wool producing country in the world continues to tread its own path on mulesing, while other countries seek to address this controversial practice. We don't believe any sheep should suffer for the production of wool, and hope that the progressive approach espoused by the Responsible Wool Standard (RWS) becomes globally adopted.