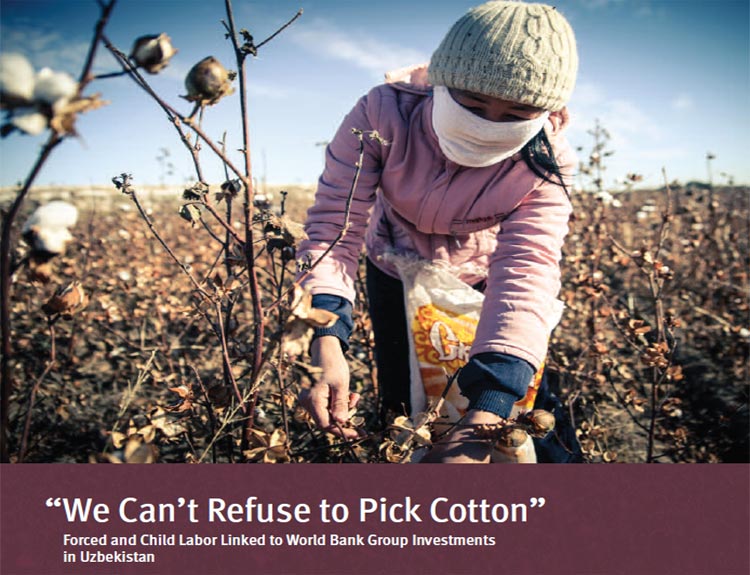 BRUSSELS – A damning new report claims the World Bank is funding half a billion dollars in agricultural projects – many of them cotton – which have clear links to forced and child labour in Uzbekistan. The report, based on almost 1,000 testimonies, claims the World Bank is "giving Uzbekistan cover for an abusive labour system in its cotton industry." It suggests that by supporting projects with links to forced and child labour, the World Bank has, "created the impression that Uzbekistan is working to end forced labour ... when it is not, confusing responsible companies and governments.