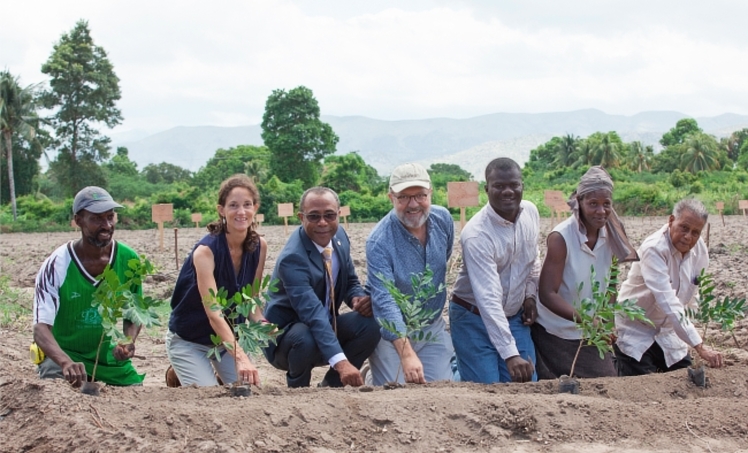 PORT-AU-PRINCE – Timberland, alongside the Smallholder Farmers Alliance (SFA) and Haiti’s minister of commerce and industry, has announced the reintroduction of cotton as an anchor crop in Haiti, after a 30 year absence. The company says the project will revitalise over 17,000 farms, while adding to the economy and contributing positively to the environment as it plans to plant millions of trees. Cotton was once the fourth largest agricultural export from Haiti before it disappeared by the late 1980s. Its demise was due largely to external pressures and internal politics, not climate or environmental concerns.