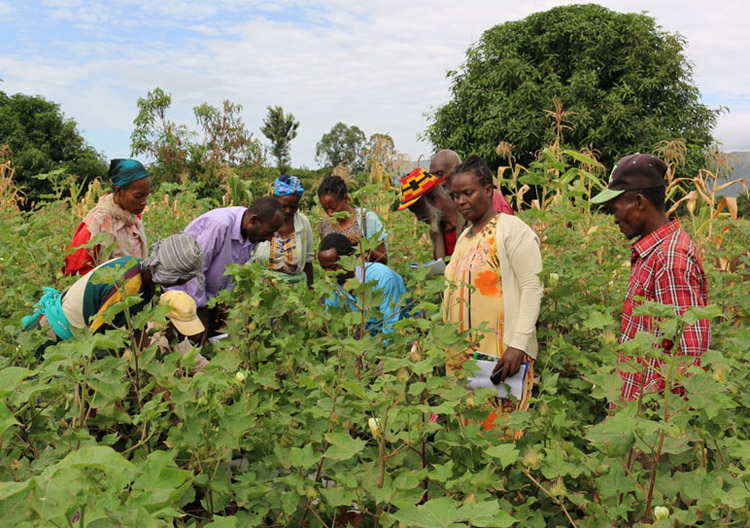 ADDIS ABABA – The first ever organic cotton certificates in Ethiopia have been handed out to 200 cotton farmers located near Arba Minch in North Omo where yield rates have risen by 100 per cent and price per kg of cotton has risen by 77 per cent in some instances.

This organic cotton project is being funded by the fashion reuse charity TRAID, supported by the Pesticide Action Network UK, and was delivered in-country by PAN Ethiopia.

Organic cotton production in some parts of Ethiopia have raised controversy in the past due to accusations of land grabs but this project is based in a different region of the country to where previous problems have been reported.

Ecotextile News has reported on this venture before which started out life as an integrated pest management (IPM) project. Over 2,800 cotton farmers in Ethiopia are currently involved.