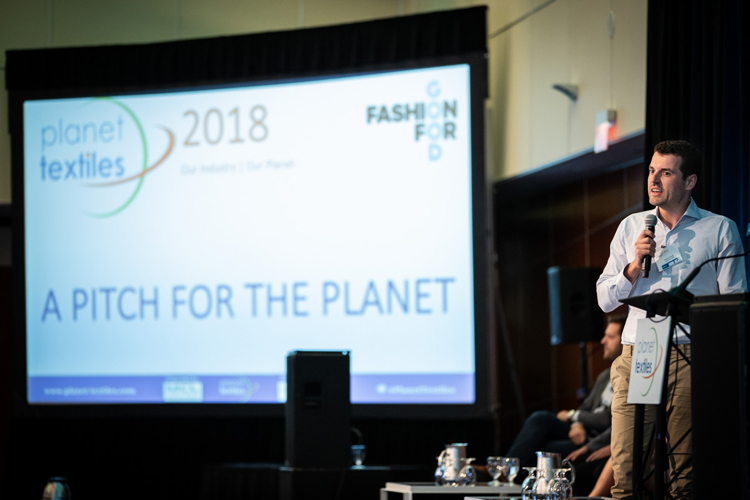 VANCOUVER – Textile technology that can recycle discarded clothing to produce both petroleum and plant-based monomers, unique technology to improve the biodegradability of polyester, new textile dyes from biosynthetic and wood-based feedstocks and new ways to produce viscose fibres from food and beverage waste streams were just some of the innovations presented to over 400 delegates at Planet Textiles 2018 which concluded here this week in Vancouver, Canada.

This theme of sustainable textile innovation will also be carried over to next year’s when Planet Textiles 2019 which will officially take place on 22 June in Barcelona in partnership with ITMA, – the world’s largest exhibition for the global textile industry. 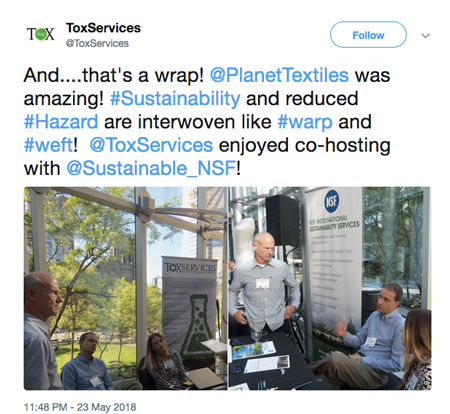 This year, the ninth edition of Planet Textiles was its first foray into North America, but it still managed to attract delegates from as far away as Australia, China, Taiwan, India, Bangladesh as well as a heavy European contingent to ensure Planet Textiles lived up to its name as a meeting place for leading international thinkers on environmental issues.

Held in partnership with the Sustainable Apparel Coalition and MCL News & Media, textile microfibre pollution featured strongly on the conference programme with leading Canadian scientist Dr Peter Ross from Oceanwise walking delegates through the latest scientific findings on this issue. He noted that although plastics represent a clear visible threat to marine animals: “microfibres have now emerged as a key area of concern for conservationists – even if their origins are still somewhat mysterious.” By this, Dr Ross was referring to how an abundance of secondary microplastics derived from textiles are showing up in marine organisms and seawater samples with increased regularity.

Referring to both synthetic textile garments and blends of these with natural fibres, he said: “From washing a single fleece jacket we found it can lose a million fibres in a single load of laundry, while other studies have found up to 10 million fibres from a single wash.”

At the moment, he conceded, scientists did not yet understand if this will be “significant ecologically, or not, when compared to other sources of plastics,” but his point was that brands such as Patagonia, MEC, Arc’teryx and REI have now gotten together with Oceanwise to try and measure the scale of this problem relative to textiles, so the industry can tackle the problem more efficiently and effectively. 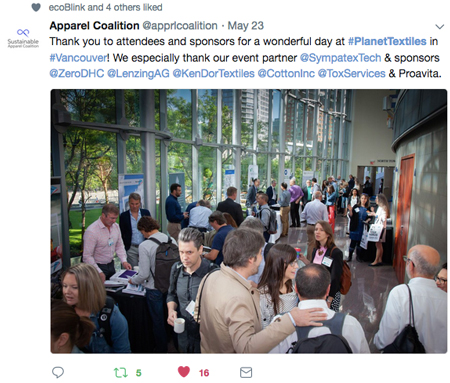 This was also taken up in a following industry session with Dr Katy Stevens from the European Microfibre Consortium, Mary Ankeny from Cotton Inc. – who revealed new work on the environmental fate of textile microfibres along with Joel Mertens from MEC who walked delegates through the development of a new standardised test method for textile microfibre release during washing.

Three packed breakout sessions on textile chemistry in water use, transparency in the man-made fibre sector in relation to deforestation, and how to leverage financing mechanisms to scale sustainable innovation in the apparel sector where all hugely popular.

New announcements on progress towards more sustainable processing were announced by participants such as Janne Poranen, CEO of Spinnova, the Finnish-based company which produced cellulosic fibres in a closed loop process which tweaks how the chemically and water intensive ‘Kraft’ process is used in traditional wood pulping. Here, the Kraft pulping process takes place before the mechanical MFC process behind its raw material. There is no dissolving chemical process involved afterwards, which is the case with other man-made cellulosic fibres.“We are now scaling up our in-house industrial pilot through 2018 in collaboration with our partners with a view to launching Spinnova fibre in 2019,” he said, “the first commercial product with be available in spring 2019,” in partnership with Finland retailer Marimekko.

Looping back to the issue of textile microfibre degradation, one of the most interesting pitches came from Intrinsic Textiles which revealed a new process for breaking down polyester microfibres not only in wastewater treatment sludge, but also for breaking down these synthetic microfibres in seawater and other environments.

“Our technology also allows us polyester to biodegrade in landfill at rates similar to natural fibres like wool,” claimed co-founder Andrea Ferris.

Save the date: Planet Textiles 2019 at ITMA, 22nd June, Barcelona, Spain. More details to follow on this soon.