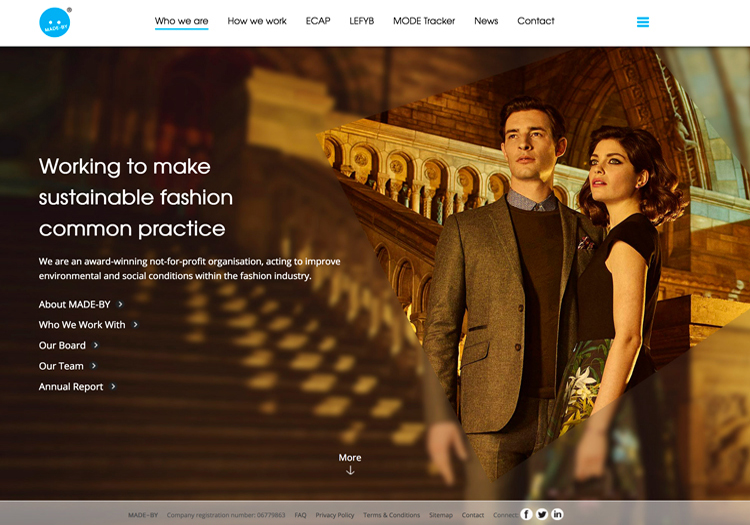 AMSTERDAM – The Dutch-based not for profit MADE-BY, which was founded in 2004 entered into administration last week in a move that will disappoint many stakeholders in the sustainable fashion area.

The organisation was one of the original pioneer environmental organisations in the textile sector, which has now become a very crowded space, and first launched its Environmental Benchmark for fibres back in 2009 – a brave move – and one which was not without its critics at the time.

The organisation relied on consultancy work to generate income, but also mainly on funding to operate and we understand that after one its biggest contributors pulled out – the The Nationale Postcode Loterij – the financial sustainability of the organisation became untenable.

Former MADE-BY CEO Allana McAspurn described the news as “a real blow to fashion which, second only to energy as the world’s most unsustainable industry, is under real scrutiny. The current inquiry into fast fashion by a UK government select committee is just one example of the pressure building.”

Clients in the UK with any questions for MADE-BY are urged to contact Kingston Smith & Partners LLP in the UK.