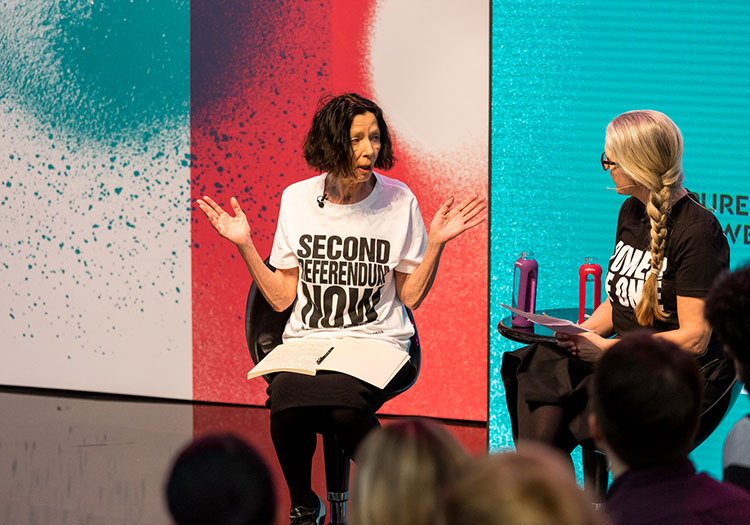 LONDON – British fashion designer Katharine Hamnett has called for the unification of standards in apparel manufacturing for nations both inside and outside the European Union (EU), along with stating that “a lot of brands are changing, but a lot aren’t” as many perpetuate the practice of “unnecessary profit making.”

Hamnett spoke at the Pure London trade show in London, at which she gave T-shirts emblazoned with “Second Referendum Now” away for free – in reference to the UK’s ongoing Brexit negotiations with the EU.