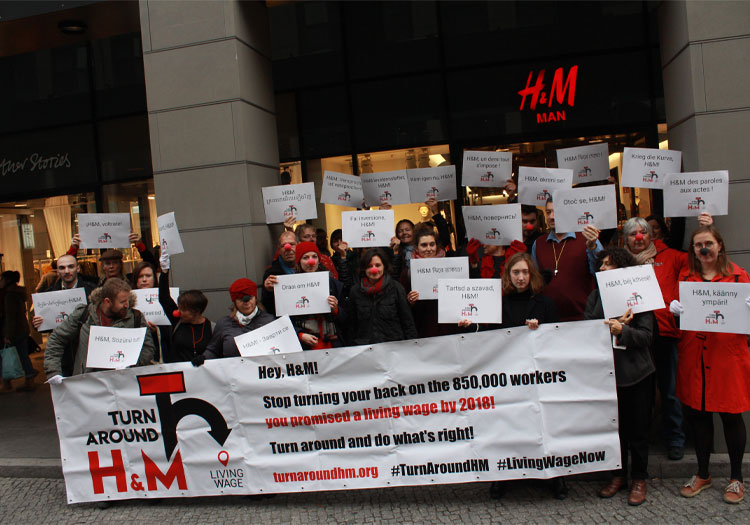 AMSTERDAM — Clean Clothes Campaign (CCC) has alleged that Swedish fashion retailer H&M has failed to meet its promise of implementing a living wage for 850,000 workers in its supply chain and that the company has “put a lot of effort in trying to cover up their original commitments.”

The non-profit also claims “not a single worker is actually making a living wage,” despite a quote attributed to H&M stating it has “not only achieved but exceeded” all the goals set out in its five-year Fair Living Wage Strategy.

In relation to its living wage commitment, H&M told Ecotextile News: “We are working towards our vision that textile workers should earn a living wage, but this is a faceted and complex area for several reasons.”