Written by Tone Tobiasson
Published: 15 May 2019 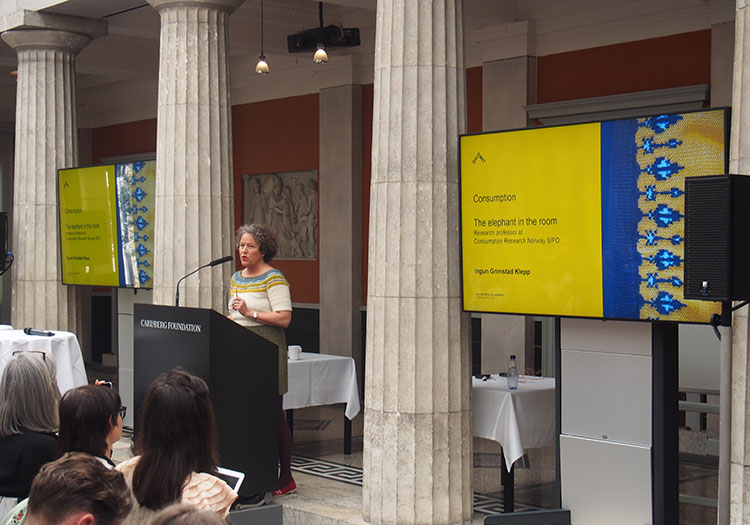 COPENHAGEN – Questioning efforts to introduce a circular business model for the fashion industry took centre stage in Copenhagen on Monday as the newly-established Sustainable Fashion Research Agenda (SFRA) debut event took place at the Carlsberg Academy, ahead of the Copenhagen Fashion Summit (CFS) which kicked off today. Tone Tobiasson reports.

The Sustainable Fashion Research Agenda (SFRA) ruffled a few feathers back in February when it announced that a new ‘disruptive’ event would take place prior to the CFS, which it billed as a counter-balance to the more established ‘celebratory event’ that today marks its 10th anniversary after being established in 2009 (until 2017, CFS was a bi-annual event).

In the event, the conference was full to its 120 capacity, but did it live up to its billing?