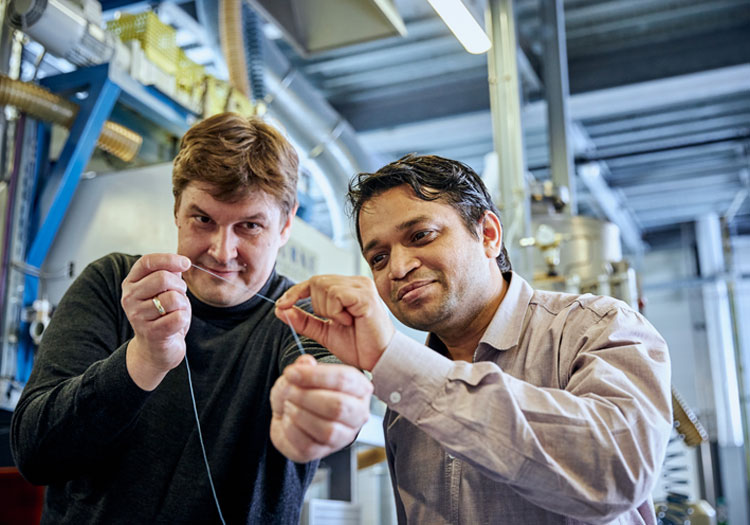 LEVERKUSEN – Polymer materials manufacturer Covestro has developed a method of yielding elastic textile fibres through the partial use of carbon dioxide as a replacement to crude oils.

Produced in partnership with the Institute of Textile Technology at RWTH Aachen University, along with other collaborators, the fibres – made from CO2-based thermoplastic polyurethane (TPU) – were created through the utilisation of a melt spinning technique that, unlike conventional dry spinning, is not reliant on harmful solvents.

As such: “The CO2-based material could be a sustainable alternative to conventional elastic fibres in the near future,” Professor Thomas Gries, director of the Institute of Textile Technology at RWTH Aachen University has said. “[With Covestro] we can jointly drive the establishment of a new raw materials base for the textiles industry.”