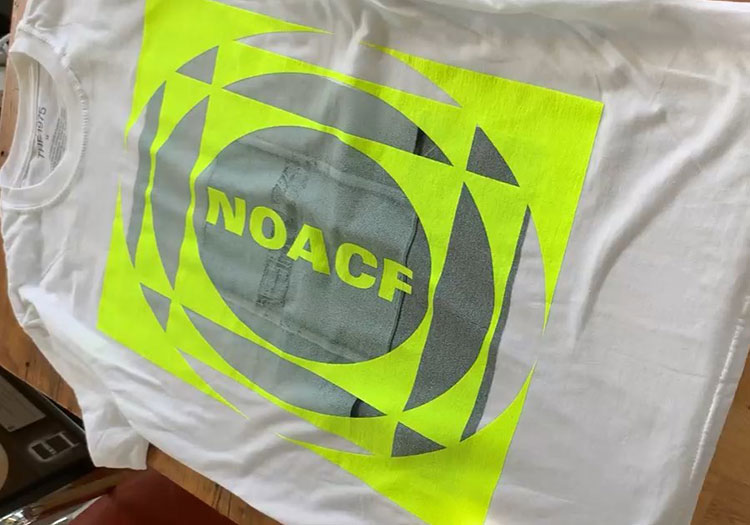 MANCHESTER – UK pop rock band The 1975 is doing its bit to address the disposable nature of music fashion by printing new logos on old t-shirts in a bid to cut down on overproduction and to divert textiles from landfill.

The re-branded promotional t-shirts feature luminous prints bearing the acronym 'NOACF' in reference to the Manchester band's upcoming album, Notes On A Conditional Form. The 1975 are also encouraging fans to bring old t-shirts to the upcoming Reading and Leeds festivals to have them overprinted with the new artwork free-of-charge.

The Clothes Aid charity estimates 350,000 tonnes of used but still wearable clothing goes to landfill in the UK every year.