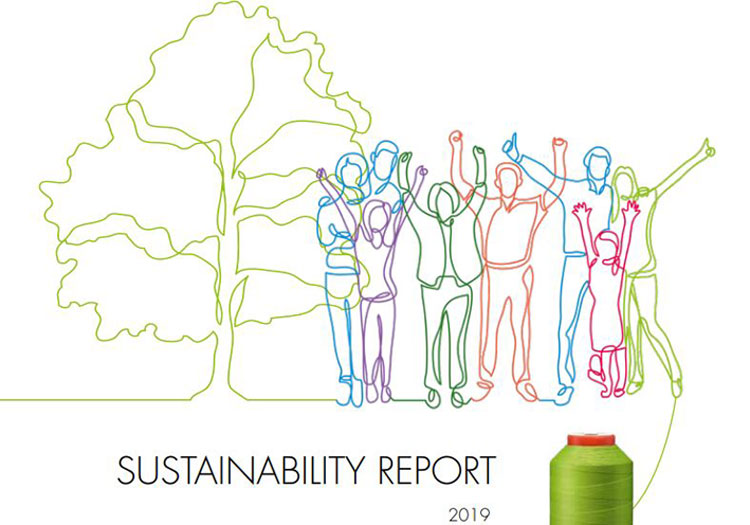 BÖNNIGHEIM – Thread manufacturer, the Amann Group, has released its first ever Sustainability Report, in which it details the notable progress it has made to reduce resource consumption between 2015 and 2018, and lays out targets which it will strive to meet by a 2025 deadline.

Through future investments totalling €6 million, the German firm will look to build on reductions to its power consumption and CO2 emissions of 29 per cent, and water use (per kg produced) of 27 per cent, in an effort to align with the UN Global Compact’s ten principles, to which it has become a new signatory.

The company has identified a selection of the UN’s Sustainable Development Goals (SDGs), which it believes its ongoing work addresses. These, whilst also addressing waste disposal and social issues, include aspirations to achieve similar reductions of resource consumption which, if met, would see the firm halve its power, CO2 emissions and water in a ten year timeframe.

In relation to the latter, Amann says that over the coming years it will look to scale up its wastewater recycling capacity; in particular the introduction of a biological water treatment facility in Bangladesh is seen as integral to its ambitions of achieving zero liquid discharge.