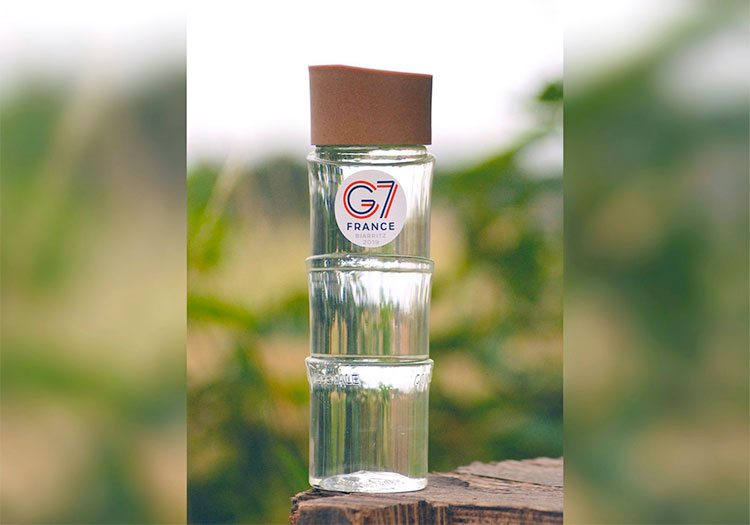 BIARRITZ – More than 30 of the world’s biggest fashion and textile companies have signed up to a Fashion Pact, ahead of this weekend’s G7 Summit in a bid to achieve new practical objectives in the key areas of climate, biodiversity and oceans.

Representatives of 32 companies, including Puma, Galeries Lafeyette, Kering, Selfridges, Nordstrom and Ralph Lauren, met today (Friday 21 August) at the Elysée Palace in Paris at the invitation of French President Emmanuel Macron to launch the new Pact.

“We aim for representation of at least 20 per cent of the global fashion industry as measured by volume of products. The goal would be to have a mix of luxury, mid-level and affordable brands across the fashion sector,” said a statement from the new Fashion Pact.

Meanwhile Bjørn Gulden, CEO of signatory Puma said: “It is essential to bring the industry together to achieve meaningful change and improve our environmental impact … we strongly believe in this initiative and look forward to working together with our partners on the priorities we have (all) set out.”

The launch of the new Pact comes after President Macron had tasked François-Henri Pinault, the Chairman and Chief Executive Officer of the Kering group, which owns brands including Gucci and Yves Saint Laurent, with bringing together leading players to set ‘practical objectives’ in a bid to reduce the environmental impact of the fashion sector.

Subsequently, the Fashion Pact has been signed by a coalition of luxury, fashion, sports and lifestyle fashion brands, along with suppliers and retailers, all of whom are already involved in separate environmental strategies. But the organisers hope that many more will follow them.

Its objectives draw on the Science-Based Targets (SBT1) initiative and focus on action in three key areas for safeguarding the planet.

Although not legally binding, the Pact aims to create an ‘overarching framework’ for industry action and will include links to existing environmental initiatives such as the Sustainable Apparel Coalition, the ZDHC, Fair Fashion Center and the UN Nations Framework Convention on Climate Change which oversees the Fashion Industry Charter for Climate Action.

On climate, Pact signatories will commit to implement science-based targets (SBTs) to achieve ‘net zero’ emissions by 2050, with a commitment to source 100 per cent renewable energy by 2030.

There will also be a commitment to support the development of SBTs on biodiversity with commitments to use regenerative approaches to agriculture to restore soil and grasslands and optimise biodiversity of farms.

The issue of microplastics will be tackled as part of a commitment to reduce the negative impacts it has on the ocean environment as well as: “safeguarding rivers and oceans from chemicals released through the fashion production supply chain.”

The Pact statement also added: “Private companies, working alongside nation states, have an essential role to play in protecting the planet. With the Fashion Pact, some leading players in the fashion and textile sector are joining forces for the first time to launch an unprecedented movement.

“A collective endeavour by its nature, the Fashion Pact is open to any company that wants to help to fundamentally transform the practices of the fashion and textile industry, and to meet the environmental challenges of our century.”

The world's two largest fahion retailers H&M and Zara owner Inditex have both thrown their weight behind the plan. Inditex Executive Chairman Pablo Isla said: “All of us here at Inditex are committed to sustainability, one of our firm's core strategic principles. The driving force behind this project is the conviction shared by all signatories about the shared responsibility to protect the world’s environment over the long term." While Karl-Johan Persson, CEO of H&M, commented: “We have a long experience in working with sustainability and strongly believe in the benefits of sharing knowledge and collaborating. We can accomplish more when we all share the same high ambitions and join forces. The Fashion Pact will create an unprecedent platform for that.”

Luxury brand Burberry CEO Marco Gobbetti added: “At Burberry we are passionate about building a more sustainable future. We know that one company cannot solve the environmental challenges facing our planet alone and we believe in the power of collaboration to drive real change."

Around half a dozen US retailers have also decided to sign up to the new initiative. Pete Nordstrom, co-president at Nordstrom, said: “I know our customers and employees will be excited and proud that we’re part of this new effort that will make tangible and meaningful progress in areas that are critical to the future success of our business, our communities and the environment," while Emanuel Chirico, Chairman and CEO of PVH, which includes brands such as Calvin Klein and Tommy Hilfiger, said: "Forming one powerful and cohesive front at this scale shows how serious the fashion industry is about doing the right thing and taking tangible actions to protect the world."

However, there has already been some dissent from inside the industry. Italian fashion designer Marina Spadafora tweeted: "We need real action and progress more than lofty statements."

The Fashion Pact will be formally presented to the heads of state attending the G7 meeting at Biarritz which runs from August 24 to 26.