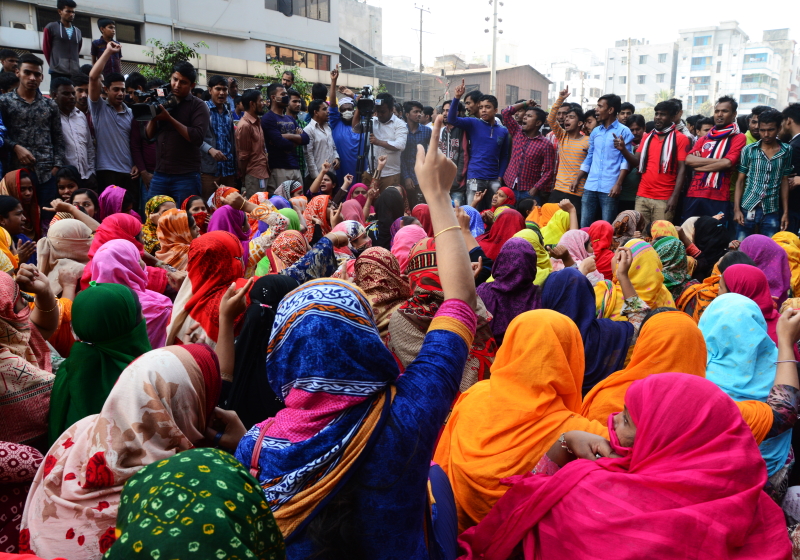 NARAYANGANJ - More than 40 people have been injured following clashes between police officers and garment workers protesting over unpaid wages in Bangladash.

Police officers fired tear gas shells and rubber bullets to clear the protesters who were blocking a road in the city of Narayanganj.

And, in a separate protest by garment workers in the capital city of Dhaka, demonstrators blocked a road for several hours before agreeing to disperse.