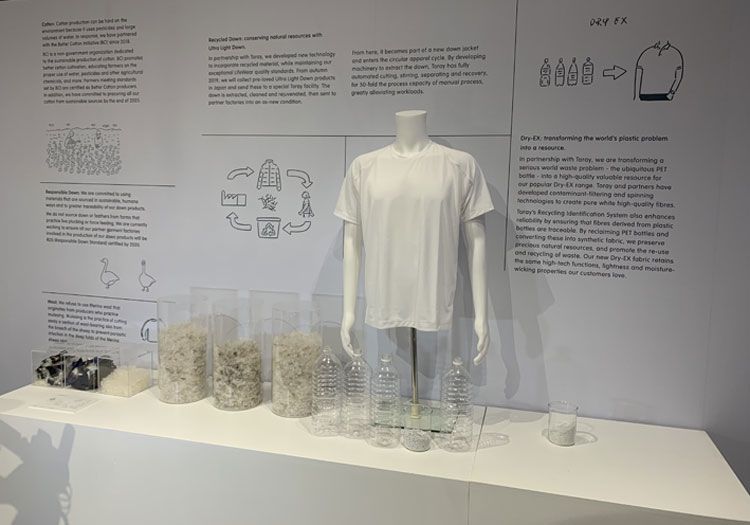 LONDON – At Uniqlo’s third annual LifeWear Day exhibition in London yesterday, the Japanese fashion firm announced two new initiatives in collaboration with long-standing partner Toray that will look to recycle and re-use both down and PET plastic.

Later this month, the company will trial collection points exclusively in its native stores across Japan to measure the feasibility and scale at which it can claim back and rejuvenate products which integrate down that would otherwise be at its end-of-life.

Toray claims to have developed an autonomous down extraction system capable of cutting, separating and recovering Uniqlo’s Ultra Light Down products at a rate 50 times faster than if it were manually extracted and repurposed.

The company counts this, and its efforts to repurpose recycled PET plastic into new Dry-Ex fibres, as work that will boost its prospects of achieving its sustainability targets. By 2020 the firm wants 85 per cent of single use plastics used in shopping bags and packaging to be eradicated from production; this aligning with an ambition to introduce Dry-Ex garments to market by the start of next year.