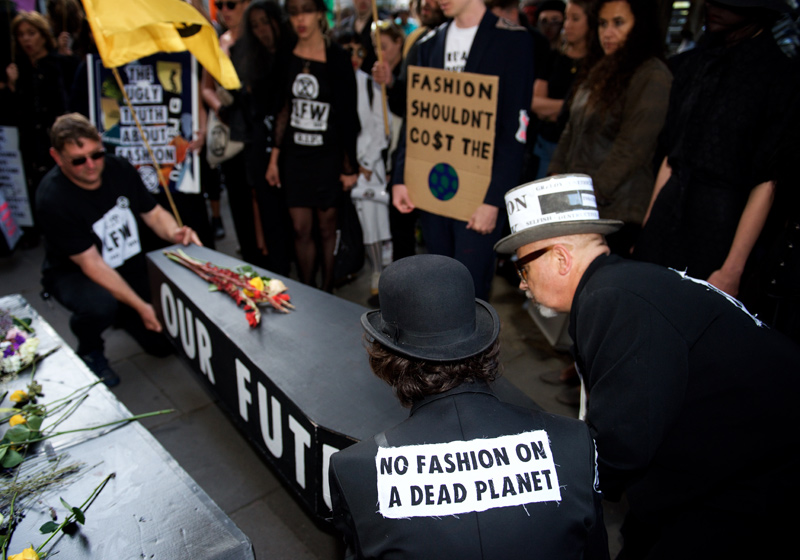 LONDON - The protest group Extinction Rebellion marked the end of London Fashion Week by staging a mock funeral to call for the 'death' of the event in its current form.

Extinction Rebellion wants London Fashion Week to be scrapped or changed as, it says, it celebrates an industry which is one of the worst offenders in terms of climate change.