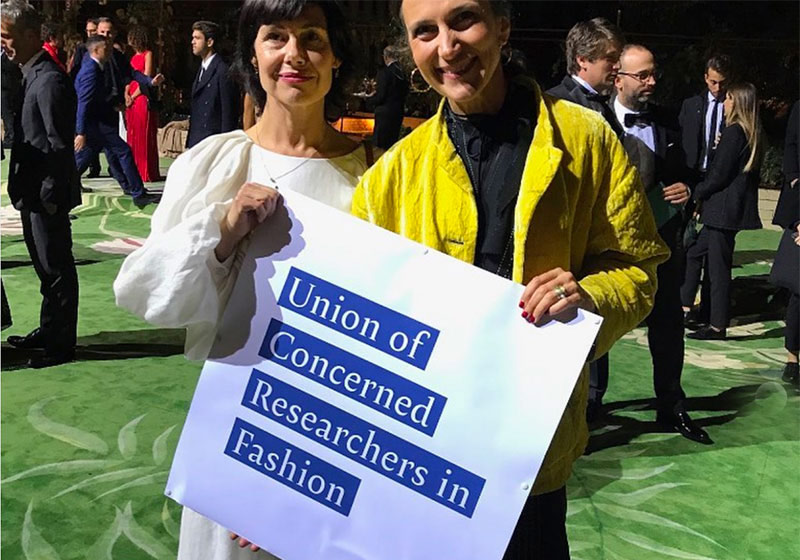 MILAN – The Union of Concerned Researchers in Fashion (UCRF), which has won the inaugural North Star Award at EcoAge’s Green Carpet Fashion Awards at Milan Fashion Week, says the industry must take a fundamentally different approach to sustainability.

The UCRF, which shared the award with NYU Stern, said it was grateful its work had been recognised but added that not enough progress was being made despite the number of brands and retailers signing up for sustainability initiatives.

Kate Fletcher and Mathilda Tham, two of the UCRF's founders, gave an acceptance speech in which they said: “We feel that something fundamental needs to be disrupted and something significantly different offered. Each of us at UCRF has felt a discomfort about the track the industry is on for some time.