Nirapon and BGMEA locked in talks on factory safety 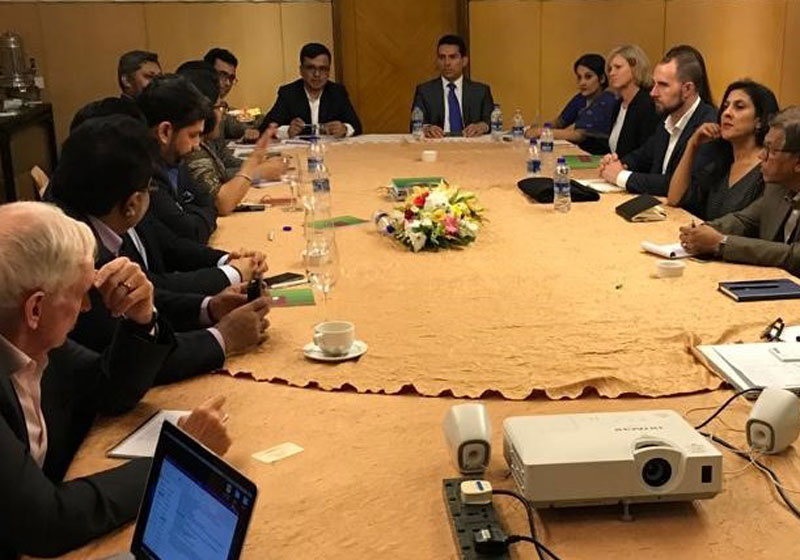 DHAKA - Nirapon, the body set up to continue the work of the Alliance for Bangladesh Worker Safety, has announced that it is still in talks with the Bangladesh Garment Manufacturers and Exporters Association (BGMEA) on factory safety.

The two bodies have revealed they met at the end of September, along with representatives of the Bangladesh Knitwear Manufacturers and Exporters Association (BKMEA) to “continue the conversation on their shared goal to protect the safety of RMG factory workers in Bangladesh”.

Nirapon was launched in March as a locally-managed programme to represent the interest of US brands on factory safety in Bangladesh with the Alliance of Bangladesh Worker Safety winding down its operations.

A Nirapon spokesperson said: “All parties committed to engage in an ongoing, constructive dialogue in order to ensure continued partnership.

“The target is to support a unified and sustainable approach to safety at the national level in order to sustain the significant progress made so far.

“In the meantime, Nirapon will continue operations while it simultaneously explores how best to support collaboration with the national safety initiative.”

The Alliance was set up to represent US brands on worker safety in Bangladesh following the Rana Plaza disaster in which 1,134 people lost their lives in 2013. It operates in parallel to the Accord on Fire and Building Safety in Bangladesh, set up by European brands, which is due to hand over its duties to a new body, the Readymade Sustainability Council (RSC), next year.

Questions have been asked by workers' rights groups and NGOs, including Labour Behind the Labour and the Clean Clothes Campaign, over whether the RSC will be sufficiently robust to take on responsibility for workplace safety.

Nirapon’s sees its role as overseeing ongoing safety and training, as well as the Amader Kotha helpline initiative, at Bangladeshi factories from which its members source.