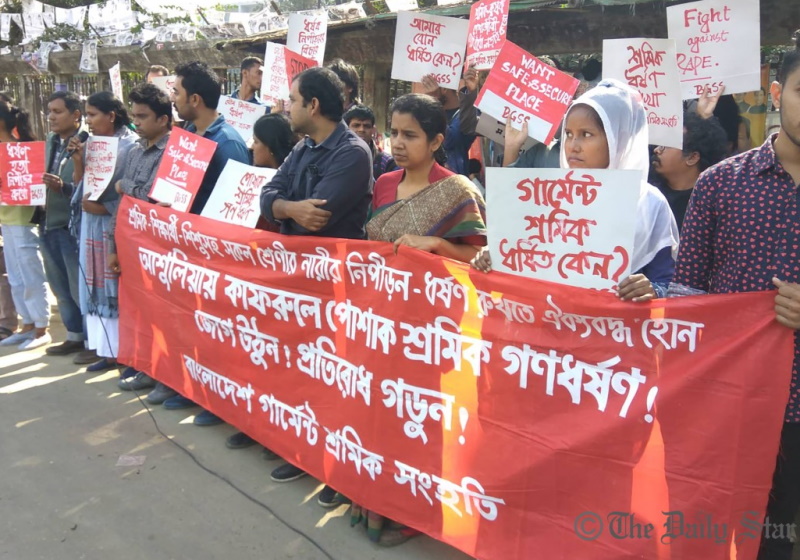 ASHULIA – Garment workers in Dhaka, Bangladesh, have today staged a demonstration demanding exemplary punishment for the culprits of an alleged rape in Ashulia.

Around 50 members of the workers’ welfare organisation, Bangladesh Garment Sramik Sanghati, formed a human chain near the Jatiya Press Club in a sign of solidarity with the victim.

It’s calling on government to establish adequate punishment measures for the culprits of such incidents, with Taslima Aktar, chief of the workers' association, insisting: “The rape incidents increase due to the culture of impunity.”