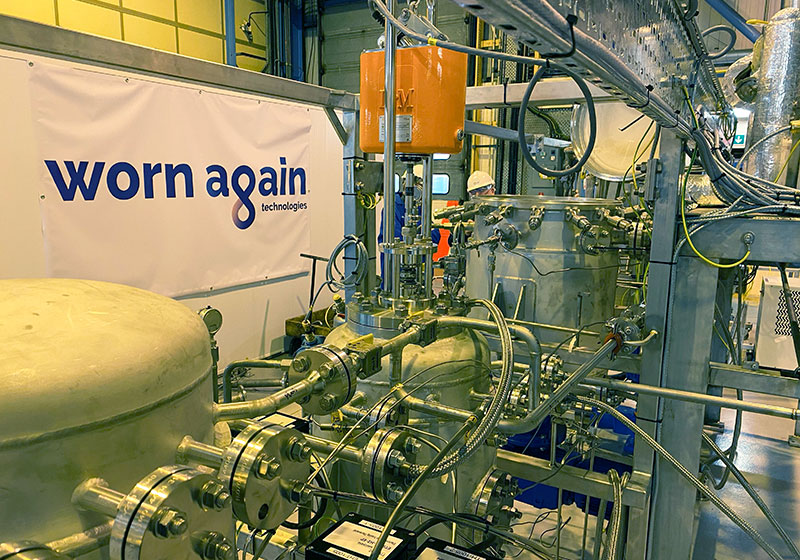 WILTON – Worn Again has advanced industry efforts to replace the use of virgin materials in textiles with the commissioning of its first pilot-scale facility that can separate, decontaminate and then extract polyester (PET) and cellulose from mixed fabric waste.

The step up from the laboratory to the new pilot scale facility is significant, as it now allows the company to refine and optimise its production process prior to further scaling up; as well as enabling it to make meaningful amounts of both recycled PET and cellulosic pulp for its partners to test and evaluate.

Located on Teeside, the Wilton site is one of the largest chemical R&D sites in Europe – built on the site of the former multinational ICI Chemicals.