Garment workers 'fired on' during protest 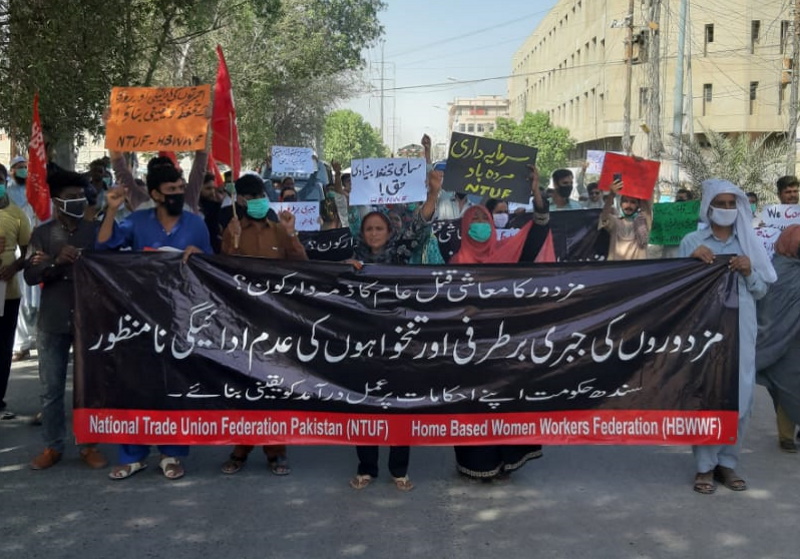 KARACHI - Protesting garment workers were shot at by a police officer and factory guards in Pakistan during a protest over unpaid wages and forced dismissals during lockdown, according to trade union leaders.

The National Trade Union Federation of Pakistan (NTUF), which organised the protest against the behaviour of factory owners during the COVID-19 pandemic in the capital city Karachi, said that one worker was injured.

The protest was staged after workers were reportedly sacked and deprived of their wages by the Denim Clothing Mills, which supplies international brands including H&M, according to the NTUF.