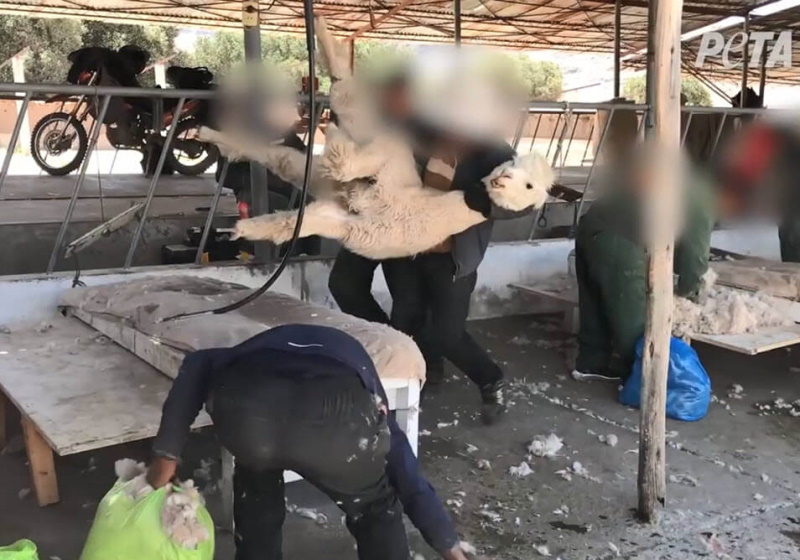 AZANGARO - Brands are reportedly turning away from alpaca wool after an undercover investigation by the PETA animal rights organisation showed evidence of ill treatment at the world's largest privately owned alpaca farm in Peru.

PETA investigators filmed workers holding struggling, crying alpacas by the ears as they were roughly shorn with electric clippers, causing some to vomit out of fear, at the 'Mallkini Alpaca Sanctuary'.

The findings have reportedly caused Esprit to phase out alpaca wool completely, while Gap Inc and H&M have cut ties with Mallkini's parent company, the Michell Group, the leading exporter of alpaca fibre, according to PETA.