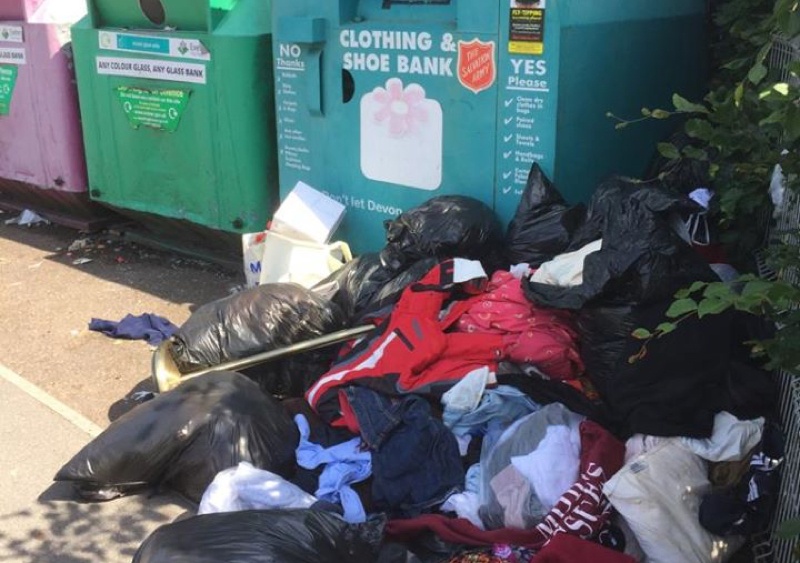 EXETER – The council of Exeter city, in the UK, has warned that there is “no market for rags” after images surfaced of abandoned piles of clothes that had been left alongside clothing banks.

Though well meaning, consumers are believed to have dumped heaps of unusable product which through conventional disposal streams may leave developing nations in both Africa and Asia with the tough task of finding some value from what little there is to capture.

In February, an investigation by British broadcaster ITV unearthed the extent of Ghana’s textile waste problem, with footage of 30-foot heaps of high street-labelled garment waste spilling onto its beaches. Like many African nations, Ghana relies on textile imports for resale, but with ever-increasing volumes of unusable product, landfill sites are instead being forced to bear the burden.