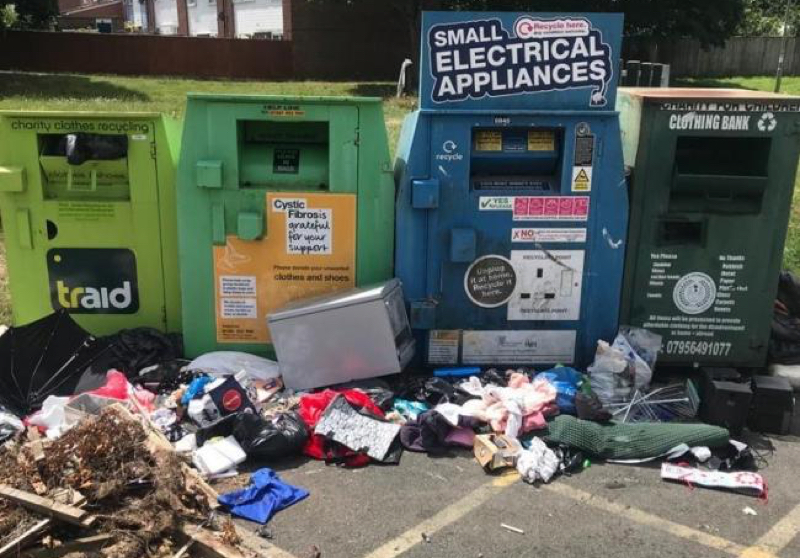 BASINGSTOKE – Apparel dumped by donation bins are to be disposed of and so won’t benefit charities, says the council of UK town Basingstoke, after images surfaced which showed a stream of bags, that’s believed to contain castaway clothing, had been left stacked against already-full donation bins.

There were similar images elsewhere in the south of England last month, as the council of Exeter was left to manage an influx of donations as people used lockdown to clear their wardrobes.

It’s been reaffirmed by authorities that consumers should only dispose of their clothes using the allocated donation bins and, failing that, hold onto them until charities are able to make room for more.