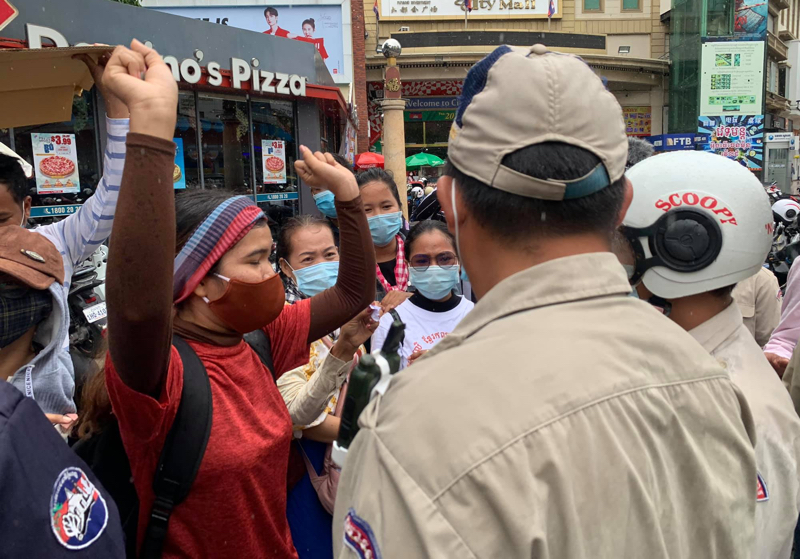 PHNOM PENH – As many as 79 trade unions, workers’ rights campaign groups and federations in Cambodia have backed a letter addressed to the country’s authorities, strongly condemning the use of violence against peaceful protestors and calling for all those imprisoned for speaking out against the arrest of union leader Rong Chhun to be released from jail.

Since the arrest of former Cambodia National Rescue Party politician Rong Chhun, 12 demonstrators have been arrested, and in some cases beaten, for standing against the decision of those in power.