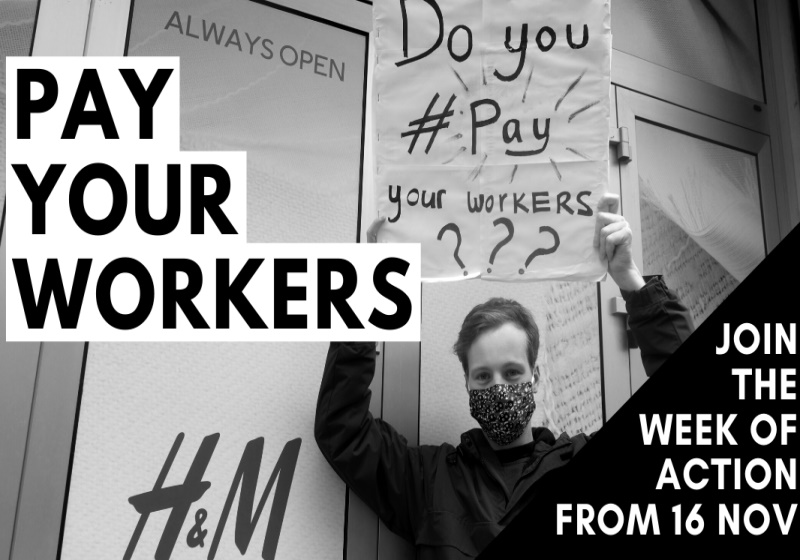 AMSTERDAM - The Clean Clothes Campaign (CCC) workers' rights group has launched a global week of action to pressure brands into signing up to a wage assurance scheme that guarantees supply chain workers are paid in full during the pandemic.

The CCC says its Pay Your Workers campaign is targeted particularly at H&M, Primark and Nike - all of which it says recently returned to profit - and calls on brands to take responsibility for the vulnerable workers who make their clothes.

During the week of action, activists aim to bring the voices of garment workers from countries such as Myanmar and Indonesia to Europe and North American by projecting their images onto buildings, chalking their statements on pavements, and hiding their notes inside stores.