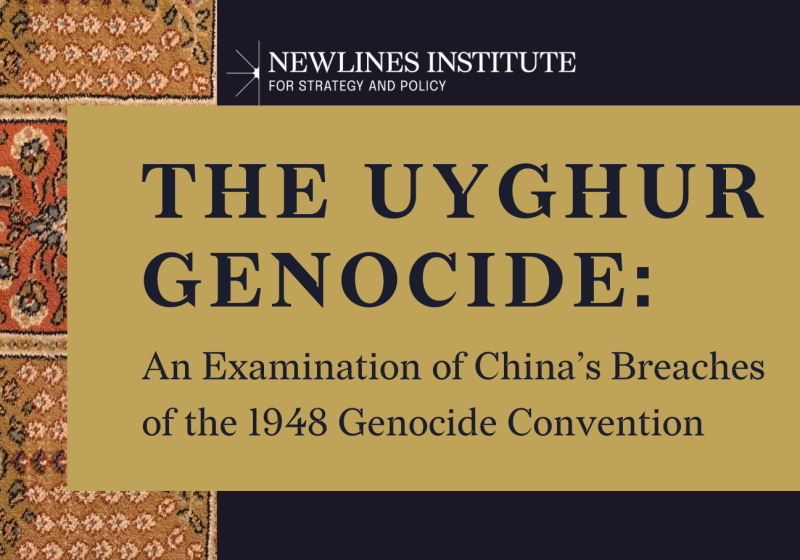 NEW YORK - China has breached every article of the UN genocide convention in its treatment of Uyghur Muslims in the Xinjiang region, where many are reportedly used as forced labour in the cotton industry, according to a new report.

The Newlines Institute for Strategy and Policy, which describes itself as a non-partisan think tank, is behind the 25,000-word report which comes after the US and Canadian governments both accused China of genocide in Xinjiang.

It concludes that the Chinese Communist Party has violated all five definitions of genocide under the United Nations 1948 Genocide Convention, demonstrating an “intent to destroy, in whole or in part, a national, ethnical, racial or religious group”.