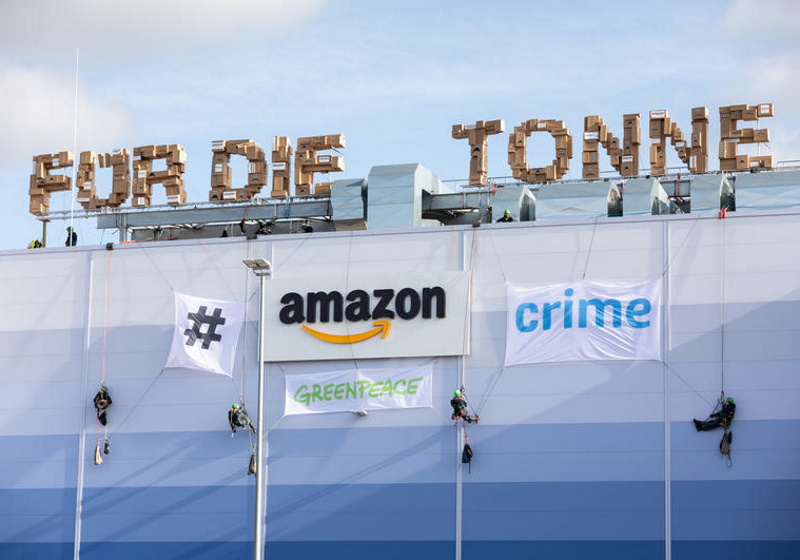 WINSEN - Online retail giant Amazon is destroying unsold goods - including t-shirts and other garments - to avoid taking up storage space with items that are not selling well, according to Greenpeace.

The environmental group says one of its researchers filmed staff sorting unsold goods for destruction while working undercover for several weeks at an Amazon logistics centre in the German city of Winsen.

At least one lorry load of unsold goods in their original packaging is disposed of in this way each month at Winsen after being pre-sorted at eight workstations - which Amazon calls 'Destroy Stations', says Greenpeace.