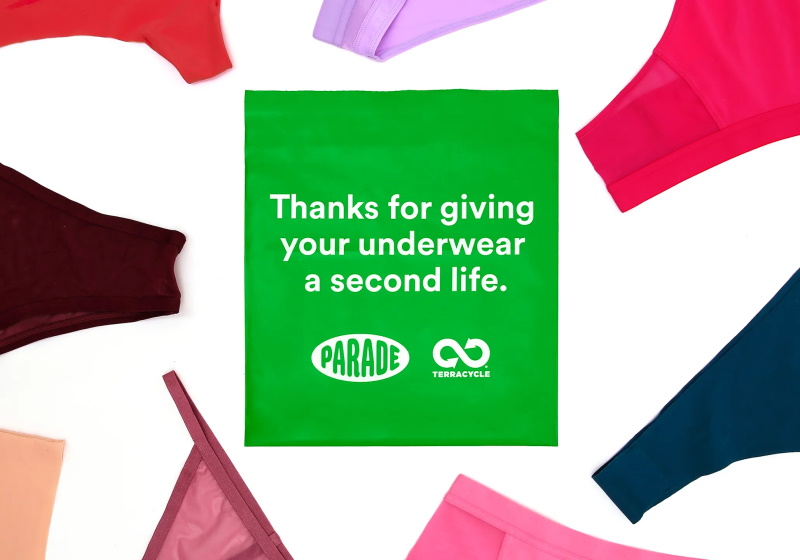 NEW YORK - Sustainability-focused underwear brand Parade has linked up with recycler TerraCycle to launch a 'first-of-its-kind' opportunity for its customers to recycle their old underwear.

The 'Second Life by Parade' initiative accepts underwear made by any brand - so long as it is clean - and aims to give consumers a new way of reducing their waste and their carbon footprint.

Parade, which bills itself as a 'community-first brand', was founded in 2019 by Cami Téllez when she was still in college and has gone on to become a company valued at more than US$140 million.