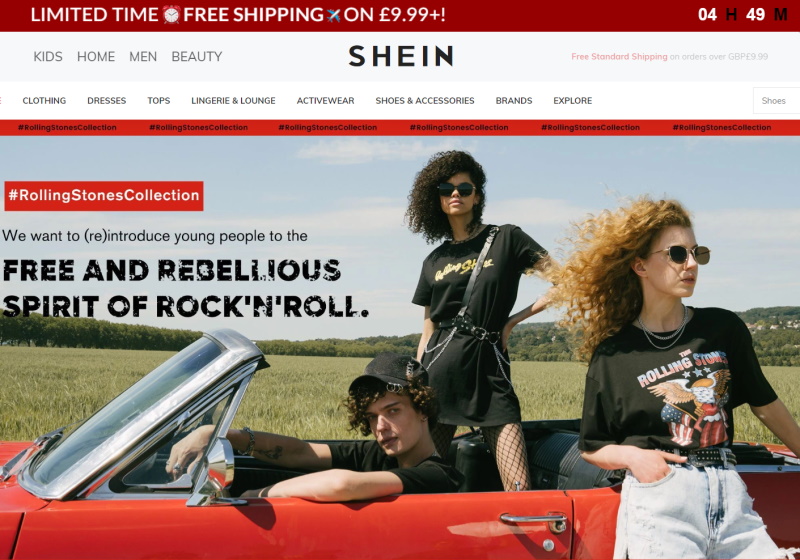 NANJING - The Rolling Stones are set to terminate a licensing deal with fast fashion giant Shein over concerns about the treatment of workers in the company's supply chain.

The veteran rock 'n' roll band asked their merchandising team to cancel the contract with Shein over concerns about garment workers' pay and conditions.

It follows an undercover investigation by British broadcaster Channel 4 and 'The i' newspaper which claimed garment workers were paid less than US$600 a month to work 18 hour days.