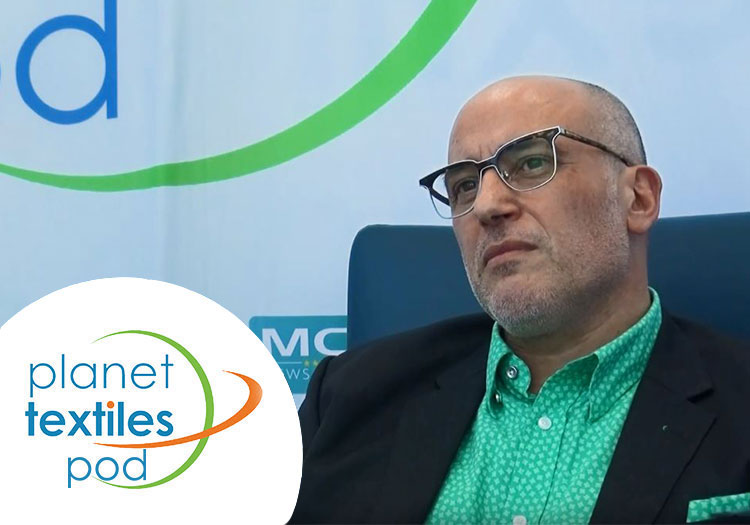 WAKEFIELD – In a filmed interview from the Planet Textiles Pod, Alfie Germano, Nanollose chief executive, discusses the Australian firm’s proprietary fibre production technique and how that can avert the threat of deforestation posed by unsustainable sourcing practices.

This is the latest in a series of interviews with key industry figures that will be released in the lead up to Planet Textiles 2019, which will be held on 22nd June in Barcelona.

The Perth-based company has developed a “plant-free and environmentally friendly” alternative to the common feedstocks used in the manufacturing of cellulose-based textiles – offering an option free from the risks associated with wood-derived fibres such as viscose.

Nanollose’s microbial cellulose is produced using waste and by-products from the industrial and agricultural sectors which are subjected to a fermentation process. It has a similar chemical structure to that of plant-based cellulose, with the difference being that it is produced using a sustainable fermentation process which incorporates Acetobacter xylinum, a non-hazardous bacterium.

Galvanised by its successful Planet Textiles appearance, 2018 proved a very productive year for the biotech firm. In October Nanollose announced it had created the first knitted sweater made using its Nullarbor branded fibre – a material it claims is environmentally preferential alternative to viscose.

The year also saw the company recognised as a next generation solution provider by forestry non-profit Canopy.

Planet Textiles 2019 will take place at ITMA, which occurs every four years and brings together representatives for the global textile industry. ITMA 2019 is expected to attract up to 120,000 visitors from 147 countries.

Registration is now open for the 10th edition of Planet Textiles, with delegates receiving special discounted access to ITMA, along with a limited number of curated tours of the exhibition space exclusively for Planet Textiles attendees.

2019 Speakers will once again be invited to partake in filmed interviews in the Planet Textiles Pod. Interested to speak? Final call for speakers here, and for more detailed information about the event, please visit: www.planet-textiles.com