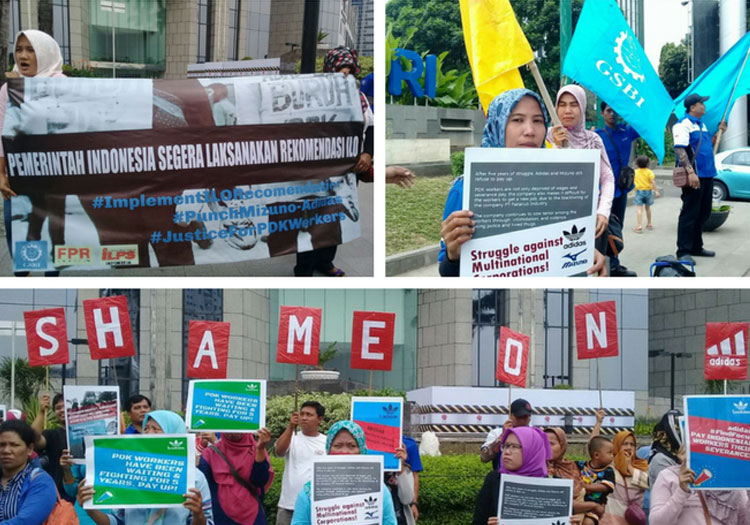 TANGERANG – Six years after their alleged illegal dismissal from employment, Clean Clothes Campaign (CCC) has hit out at the settlement former workers of PT Panarub Industry (PDK) were offered – calling the reimbursement offered “a pittance.”

The deal was accepted by a union representing the workers after more than half a decade of legal wrangling following the terminations which occurred back in 2012. CCC has called on Adidas and Mizuno, two brands to have sourced from PDK, to do more to support the individuals who used to make their garments.

In 2017, Ecotextile News reported that notes emblazoned with messages such as “I made the item you are about to buy, but I didn’t get paid for it,” were found in apparel produced for brands including the aforementioned sportswear duo – messages which were subsequently linked to factories including PDK’s Indonesian facility.