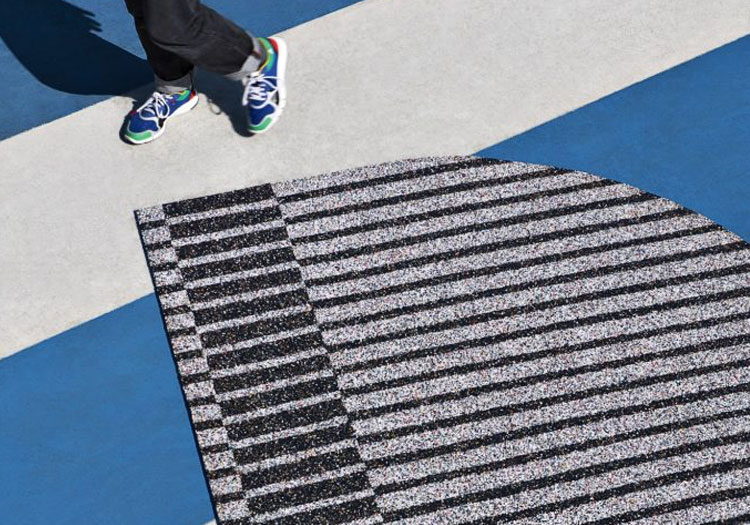 AMSTERDAM – To coincide with the announcement that it will aim to produce eleven million pairs of footwear incorporating recycled plastic in 2019, Adidas has collaborated with designer Simone Post and German recycling innovator I:CO to create novel flooring for the sportswear giant’s Paris flagship Champs-Élysées store.

As part of the endeavour, post-consumer Adidas trainers were recycled by I:CO into pellets which Post then utilised as the raw material for a rug which she designed featuring references to the sportswear firm’s famous stripes throughout.