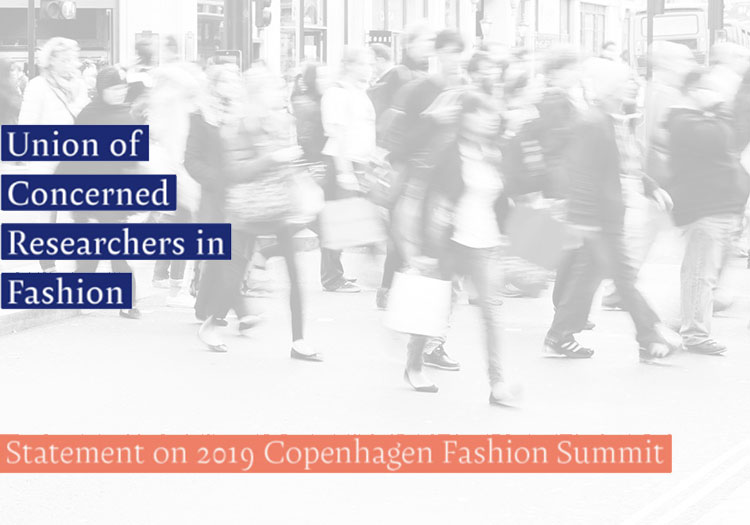 LONDON – The Union of Concerned Researchers in Fashion (UCRF), a group established to combat issues such as the fashion sector’s ingrained growth logic, has criticised the communications published in the lead-up to the 2019 Copenhagen Fashion Summit for “paradoxical or even misleading use of language in describing ‘sustainable fashion’ activity.”

The term ‘sustainable growth’ attracted particular derision from the union, with such rhetoric being described as oxymoronic language “favoured by investors and asset managers.”

The statement asserts that “it is important to stress that the industry has spent 30 years trying to fix the old system, and it is getting worse, not better.”

Global Fashion Agenda, the organisation which organises the annual Copenhagen Fashion Summit, has now responded to the UCRF statement, telling Ecotextile News that the industry needs such bodies to “bring forward reflections and make sure to create a lively debate based on their academic research.”