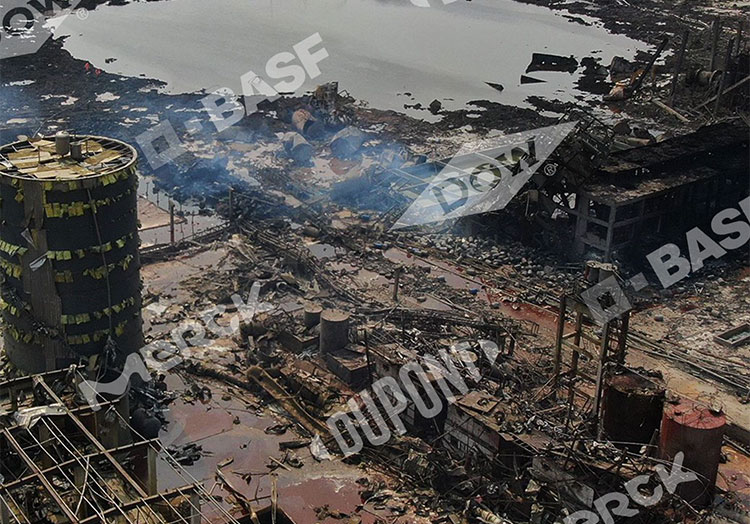 BEIJING — March of this year saw a fatal explosion rip through a factory run by Jiangsu Tianjiayi Chemical Co. Ltd (JTC), a company which produces m-phenylenediamine alongside a range of other key intermediaries in Yancheng, China, that are used in the textile dye industry – among other sectors.

The wider context of the JTC explosion, a series of other safety and environmental accidents in recent years, plus records of illegal practices have now prompted environmental NGO Institute of Public and Environmental Affairs (IPE) to speak out regarding a “critical situation” in the Chinese chemical industry.

A situation that impacts on the supply of chemicals to the textile sector, which has seen increased price volatility in an already disrupted market since the accident two months ago. And a situation that also has big implications for safety in the textile dye and chemicals industry as a whole.

Members of the IPE team based in Beijing have told Ecotextile News they’ve been working hard behind the scenes to bring about a change to the practices shown by Chinese chemical suppliers, but a lack of cooperation and progress means the situation has now reached an impasse whereby the NGO says it being forced to make its safety concerns public through a new report.

In it, the IPE says: “The corporations that buy the chemicals manufactured at JTC and similar suppliers have been strangely silent. In this case, records indicate that at least four of the world’s global chemical giants – DuPont, Merck, BASF and Clariant – may count JTC in their supply chain. Yet these companies have kept their heads down about the urgent need to put their own shoulders to the wheel and join government and stakeholder efforts to prevent similar incidents from happening again.”

Speaking to Ecotextile News, IPE Founder and director Ma Jun told us: “As an environmental NGO, IPE is dedicated to leveraging the power of procurement to promote supplier compliance with environmental and safety regulations in China.  It has long been greatly disturbing to us that one of the most inherently dangerous and highly polluting sectors – chemical manufacturing for textile dyes as well as so many other products – has declined to substantially participate in our efforts. We hope that this terrible tragedy will serve as the necessary additional motivation for more effective action on your part, and we stand willing to provide active assistance to you in this regard as soon as you are ready.”