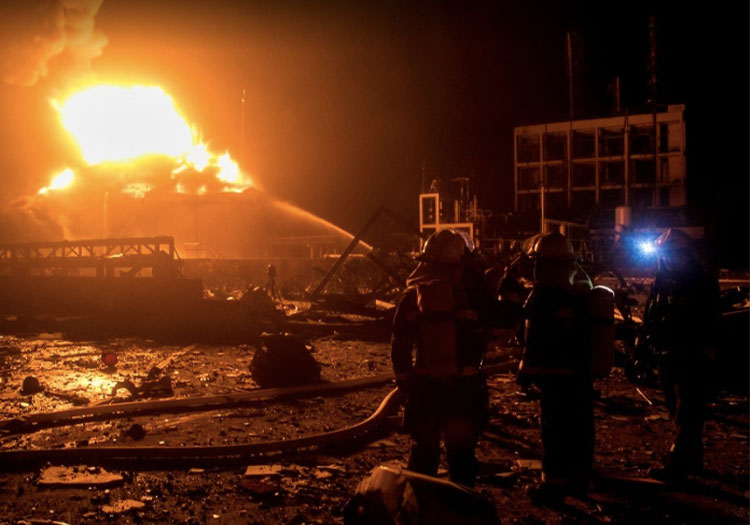 YANCHENG – A large-scale explosion said to have been triggered by a fire close to benzene tanks at Tianjiayi Chemical Plant in Yacheng, China, has tragically left ‘more than 70 people dead’ and hundreds injured.

The facility, which it is claimed produced around 30 key intermediates for the textile dye industry – including around 10 per cent of the world’s supply of m-phenylenediamine – has been left flattened following the blaze.

Alongside the devastating human loss, speculation is already mounting that such a key intermediate supplier being out of operation will lead to volatile market conditions and potential shortages of certain dyestuffs and other raw material ingredients.

The unwelcome news comes after a volatile 12 months for dye prices in the textile industry, which has been impacted due to a shortage of raw materials coming from China after closures related to new, strictly enforced environmental regulations.