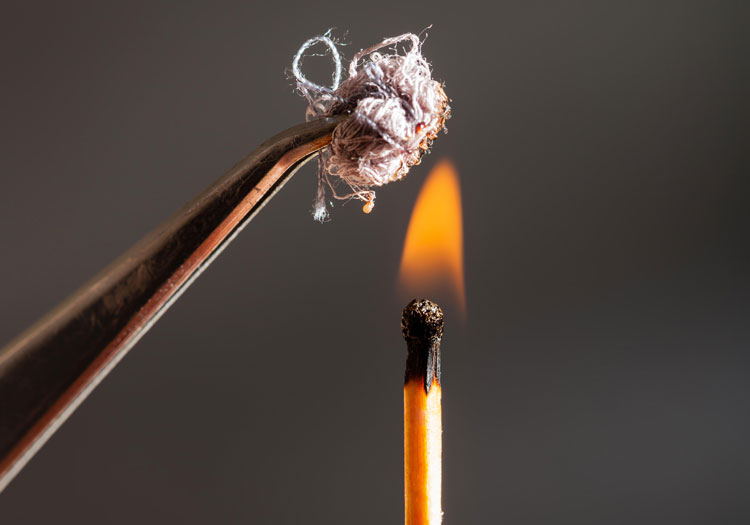 MUNICH – People in low income countries could be exposed to highly toxic gases from the uncontrolled incineration of outdoor clothing made with fluorine-based membranes, says a brand-new study published today.

Results from the Frankfurt-based independent testing house, Warringtonfire, appear to show that highly-toxic hydrofluoric acid (HF, up to 63 ppm) and hydrochloric acid (HCI, up to 36 ppm) are released at high concentrations when incinerating PTFE (polytetrafluorethylene) membranes. The study notes that the IDLH value (immediately dangerous to life or health) for these gases is set at 30 ppm by EU occupational exposure guidelines (2000/39/EC).

With around half of the textiles collected globally being sent to low-income countries for re-sale, the study claims the most common way to dispose of this clothing in these regions is through both uncontrolled dumping and uncontrolled incineration, which increases the risk of these highly toxic gases coming into contact with humans and the wider environment.

However, the issue of HF release from PTFE membranes has been known for around 15 years and there has been work already done to mitigate the impacts of this release in work done by Gore. Some of which was recently released in a peer-reviewed scientific paper.