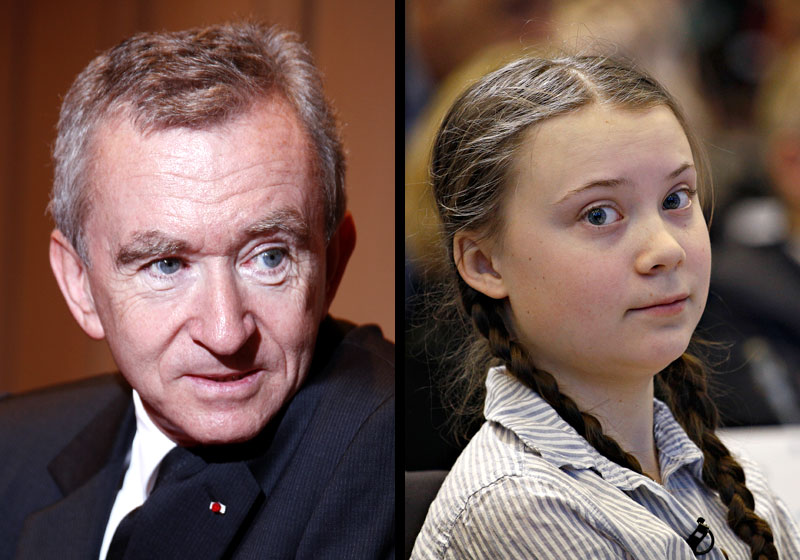 Arnault, 70, said to be the richest man in France, said: “She’s a dynamic young girl, but she’s surrendering completely to catastrophism. I find that her views are demoralising for young people.”

His remarks came just days after the 16-year-old Thunberg angrily accused heads of state at the United Nations General Assembly in New York of doing too little to fight global warming.