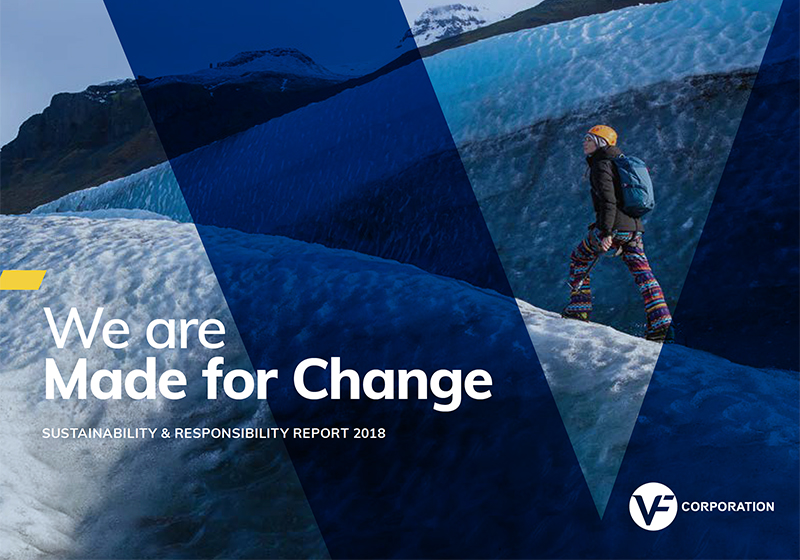 DENVER – VF Corporation says that in line with the Paris Agreement on Climate Change, it will cut its scope 1 and 2 greenhouse gas emissions by more than half over the next decade and reduce the more challenging scope 3 gas emissions by one third over the same time period – focusing on farm-to-retail materials, sourcing operations and logistics.

These new science-based carbon emissions targets (SBTs) include a 55 per cent reduction in scope 1 and 2 emissions, and a 30 per cent reduction goal for scope 3 have been approved by the Science Based Targets Initiative – a collaboration between CDP, the United Nations Global Compact (UNGC), World Resources Institute (WRI), and the World Wide Fund for Nature (WWF).

The apparel giant’s new SBTs have been set against a 2017 baseline year, which was before the separation of the VF Jeanswear business into Kantoor Brands, an independent, publicly traded company that includes the Wrangler and Lee brands.

The publication of these new targets comes as VF today rolls out an update to its Made for Change report that details environmental and social improvements across its business, portfolio of brands and global supply chain in the last reporting year, which was 2018.

This report also reveals that by 2030, VF commits that “100 per cent of its top nine materials, which account for approximately 90 per cent of its materials-related carbon emissions, will originate from regenerative, responsibly sourced renewable, or recycled sources.”