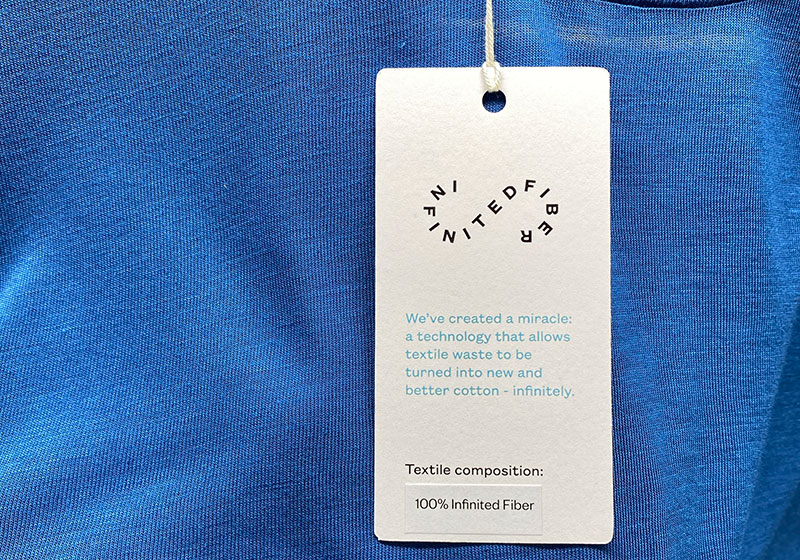 ESPOO – Plans are said to be ‘on track’ for Infinited Fiber to launch its new pre-industrial scale facility in Finland, which will allow it to make ten times more textile fibres from cotton, cardboard and agricultural waste than it currently produces at its pilot plant.

Located in Valkeakoski in southern Finland, the new facility is anticipated to go live in the second or third quarter of this year, according to Infinited Fiber’s chief marketing officer Ann Sarimo in a conversation with Ecotextile News at the recent Première Vision in Paris.

“Earlier this year we completed our first continuous production run over 24 hours, which was very successful – we’re on track, and planning to launch the new facility this summer with a commercial roll out of fibre production sometime in 2022,” she told us.

The new facility will have an annual fibre capacity of 500 tonnes – up from the current 50 tonnes of fibre the company is currently making at its pilot-scale facility in Espoo.

The company showed a range of new fabrics made with its fibre – including denim – at the Paris trade show. In the past, it’s fibres have been described as being halfway between cotton and viscose in terms of their properties.