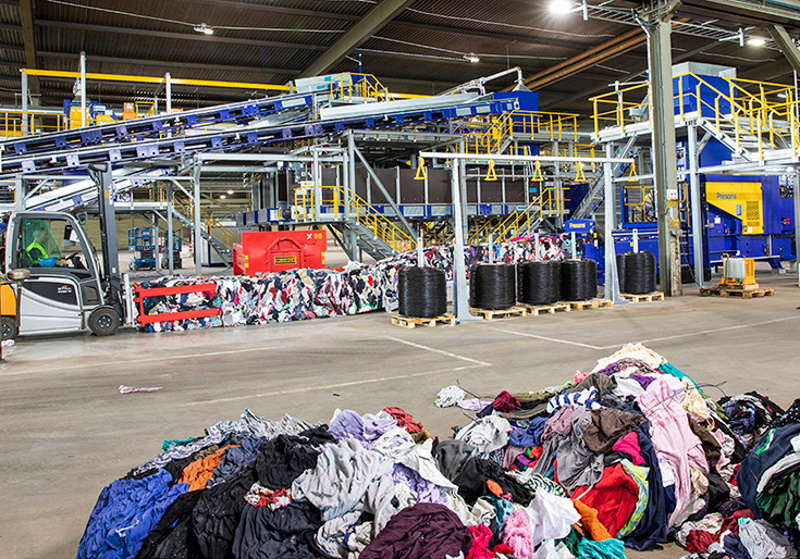 MALMÖ – The world's first industral scale automated textile sorting system is now in operation in Malmö, Sweden, where backers hope it will revolutionise textile recycling in the country and create new markets for textile waste.

Called Siptex (Swedish Innovation Platform for Textile Sorting), the 30 metre machine, at the plant of the Sysav waste treatment and recycling company, is capable of sorting up to 24,000 of the 140,000 tonnes of textile waste produced in the country each year.

First reported in Ecotextile News back in 2016, Siptex is funded by the Vinnova government agency, led by IVL Swedish Environmental Institute and backed by a consortium of 20 Swedish textile and fashion companies, research institutes, charities and authorities.