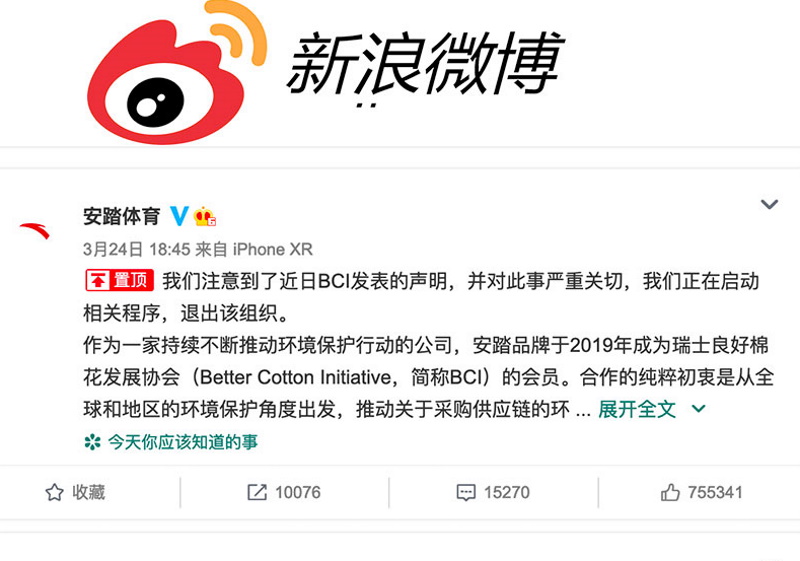 Japanese firm Asics also confirmed in a post on Weibo, the Chinese equivalent of Twitter, that it too plans to continue sourcing cotton from Xinjiang – despite concerns that have led most major brands and retailers to distance themselves from the region.

The news comes as fashion giants H&M and Nike face a consumer backlash in China after pledging not to source cotton from Xinjiang over fears about the use of forced labour by incarcerated Uyghur Muslims.

The decision by Anta Sports to leave the BCI over its withdrawal from Xingjian is a potential embarrassment to the International Olympic Committee (IOC) as the company is its official uniform supplier.