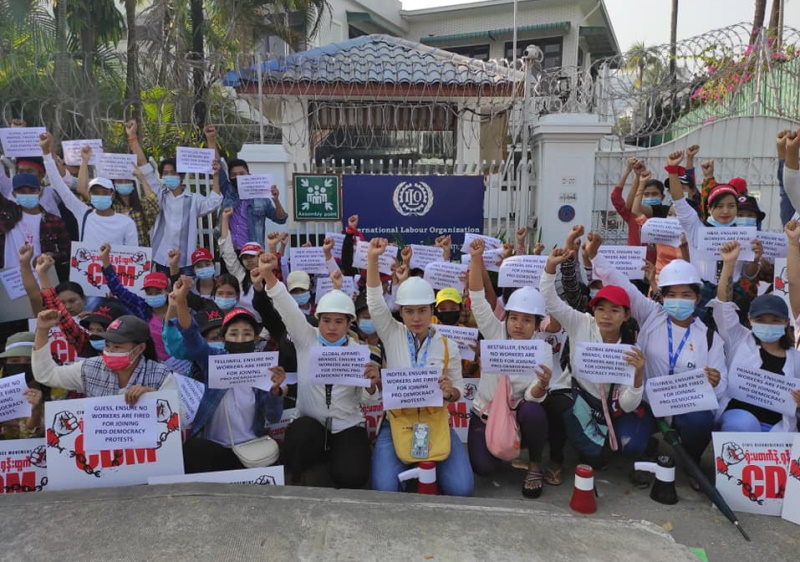 YANGON - Garment workers in Myanmar have renewed their call on fashion brands to support their protests against the military coup following the most violent weekend of demonstrations so far.

More than 520 civilians have been killed in two months of protests since the coup on 1st February, 141 of them on Saturday alone - the bloodiest day of the unrest when heavy clashes erupted in the country's biggest city of Yangon.

Garment workers have been at the heart of the protests and some of their leaders - who said they made garments for brands including H&M, Zara, Primark, Muji and Bestseller - spoke at an online press conference staged by the Remake workers' rights organisation.