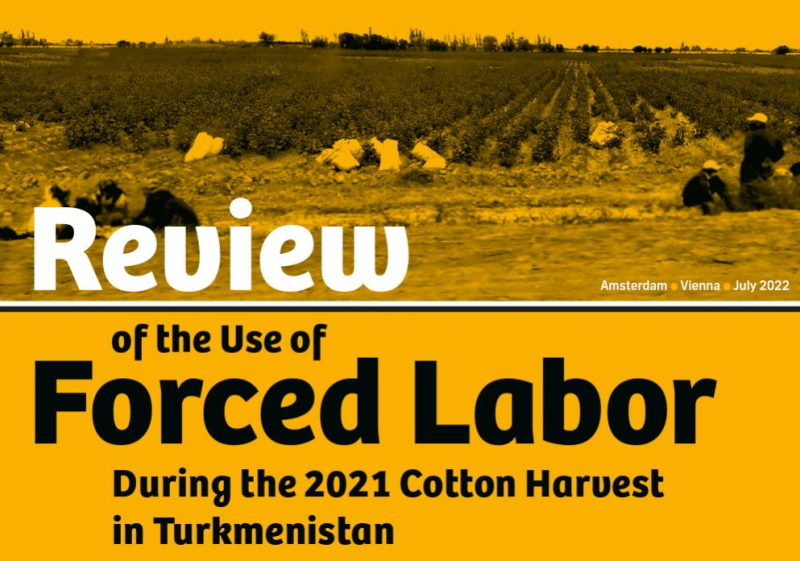 WASHINGTON DC - US and European governments are being urged to block imports of cotton products from Turkmenistan after a new report confirmed that forced labour was still widespread during the 2021 harvest.

The report was compiled by Turkmen.news and the Turkmen Initiative for Human Rights (TIHR) and released by the Cotton Campaign coalition which works to end forced labor and promote decent work for cotton workers in Central Asia.

The report also reveals the existing trade flows through which Turkmen cotton produced with forced labour enters global markets, including the US, despite an existing ban on cotton imports from Turkmenistan.