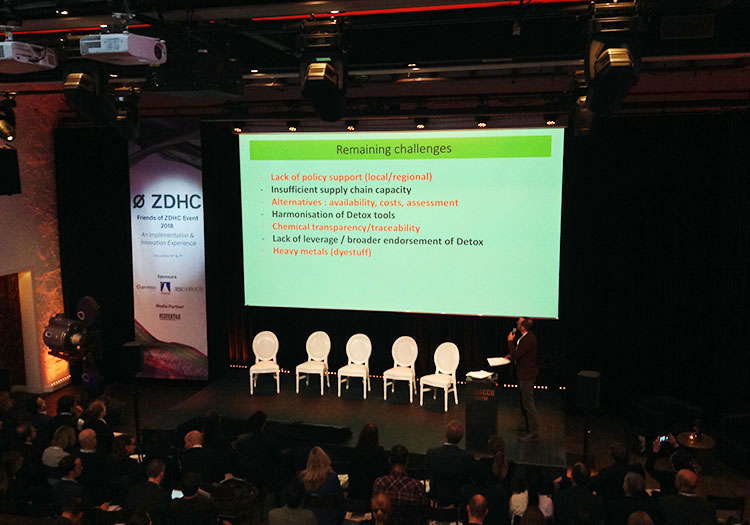 AMSTERDAM – Greenpeace has, for the first time, taken to the stage at a ZDHC event to discuss its perspective on industry-wide chemical management alignment work.

Those firms to have already joined initiatives like the ZDHC Foundation are the beginning of a “critical mass,” according to Yannick Vicaire of Greenpeace, with the engagement of many more brands and manufacturers needed to realise true transformative change.

Earlier this year, the environmental action group released a report to coincide with the seventh anniversary of its Detox campaign. In this, it cited ‘significant progress’ to reduce hazardous chemicals usage in supply chains, but also raised concern that 85 per cent of those in the textile industry were still not doing enough in terms of chemical management.