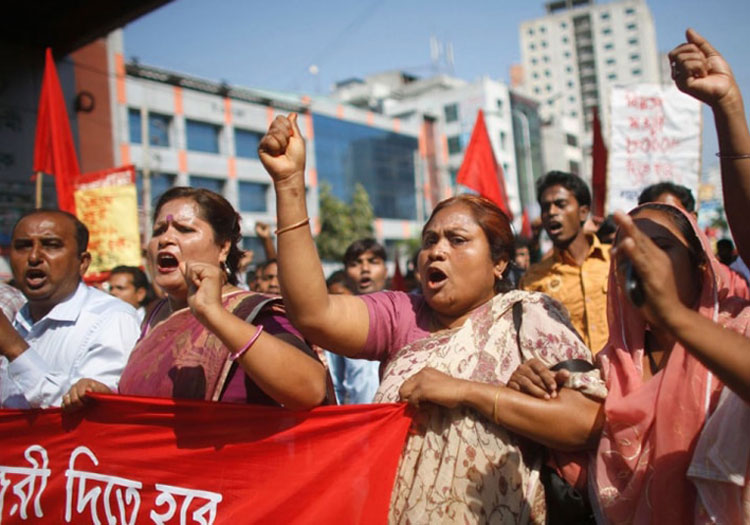 DHAKA – After more than 400 workers from Primark suppliers in Bangladesh lost their jobs after partaking in peaceful protests which disputed sub-poverty minimum wages, the fashion brand says it has now suspended new orders from all factories affected and will ensure compensation is paid to those dismissed.

UK not-for-profit Labour Behind the Label launched a petition earlier this year following the sackings of Bangladeshi workers from firms found to supply to Primark. The ‘Made in Bangladesh. Made in fear.’ petition garnered the support of 1,000 signatories, serving to enlighten Primark of the job losses.

Labour Behind the Label now says “it’s good news,” as Primark has vowed to hold its suppliers to account. Each of which will be required to provide evidence on eight points before they can resume operations.