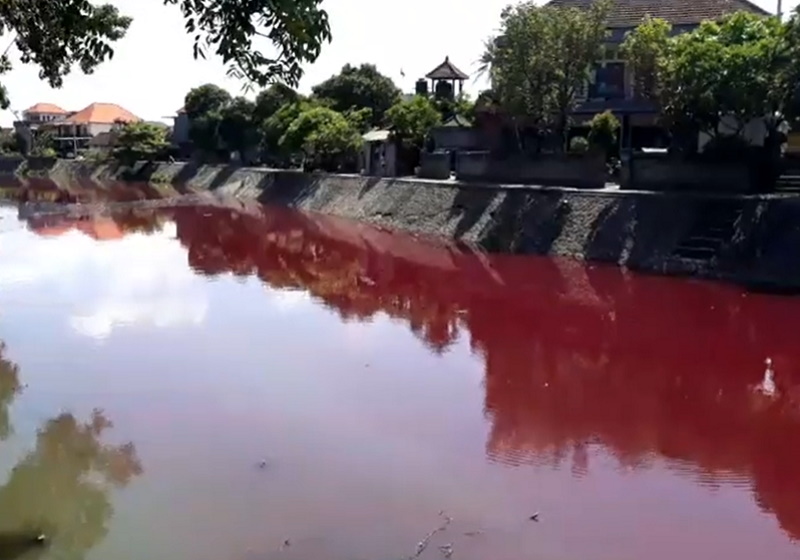 BALI - A textile dyeing facility on the Indonesian tourist island of Bali is facing a fine of up to three billion Indonesian rupiahs (US$213,000) and possible closure after it was blamed for turning a river red.

The unidentified factory has been identified as the cause of the pollution to the Badung River in the island's capital city of Denpasar.

An investigation was launched by Denpasar’s Public Order Agency (Satpol PP) after eyewitnesses' photographs and videos, showing that the river had turned red, appeared on social media.